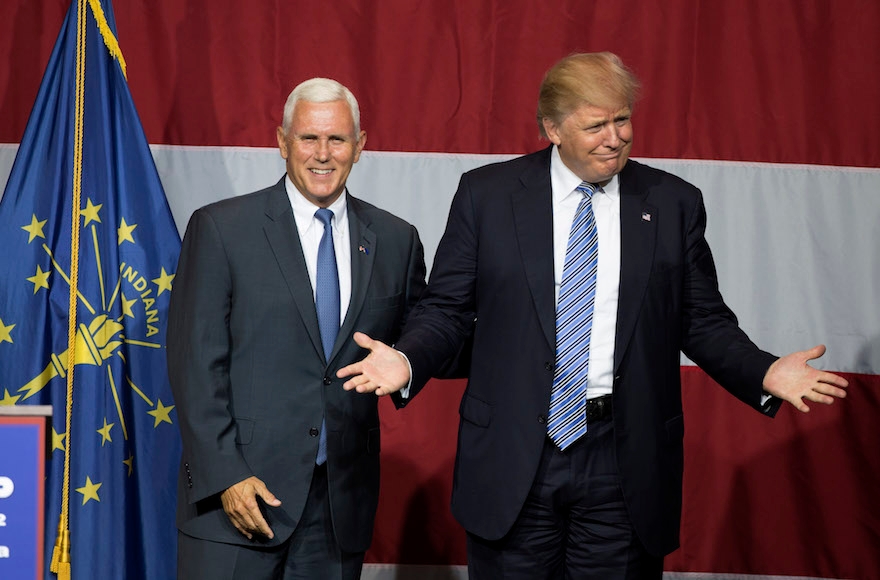 During an interview Monday, CNN’s Wolf Blitzer asked Pence if he would consider Duke deplorable. Duke, a former grand wizard of the Ku Klux Klan, has expressed support for Trump’s candidacy.

The question came on the heels of a campaign speech late last week in which Democratic presidential nominee Hillary Clinton said “half” of Donald Trump’s supporters belonged in a “basket of deplorables.”

Responding to the Blitzer query, Pence said: “No, I’m not in the name-calling business, Wolf. You know me better than that.

“I’m not really sure why the media keeps dropping David Duke’s name. Donald Trump has denounced David Duke repeatedly, we don’t want his support and we don’t want the support of people who think like him.”

Later, Pence said in an interview with Fox News, “Donald Trump and I have repeatedly denounced David Duke,” reiterating that the campaign does not want his support.

In an interview posted Tuesday on Buzzfeed, Duke, who is running for the Louisiana Senate, praised Pence for not calling him deplorable during the CNN interview.

In February, Trump demurred when asked to disavow Duke’s support before doing so — claiming he had misunderstood the original question. Since then, Trump has disavowed Duke multiple times.