Remains of Greek fortress conquered by Maccabees uncovered in Jerusalem 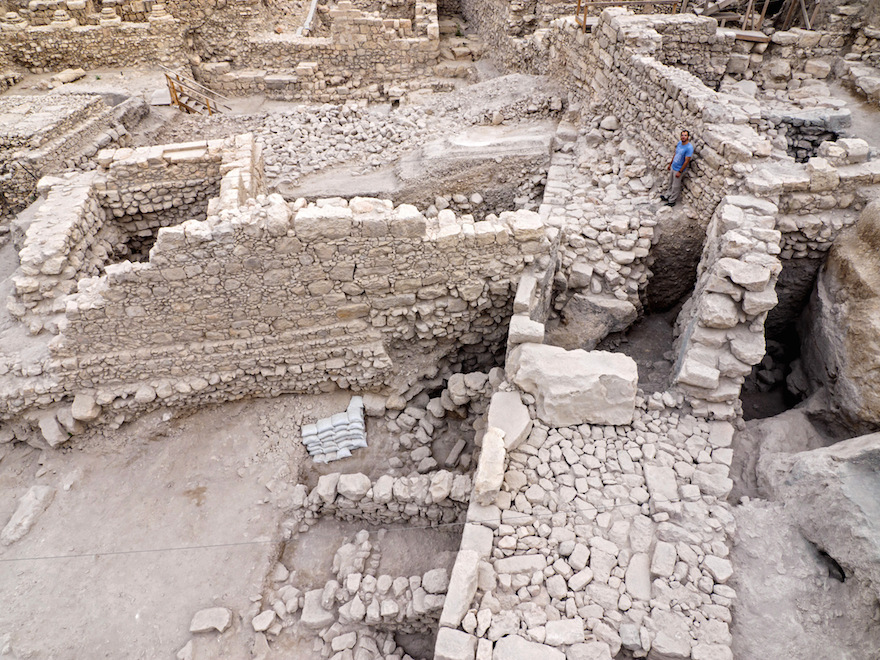 Remains of the Greek Acra citadel and tower. (Assaf Peretz, Courtesy of the Israel Antiquities Authority)

(JTA) — A month before Hanukkah, Israeli archaeologists say they have found the remains of the fortress from which Greeks controlled the Jerusalem Temple during the time of the Maccabees.

The remains, which were discovered recently in the Givati parking lot excavations at the City of David, in the Jerusalem Walls National Park, are believed to have been constructed during the reign of Antiochus Epiphanes (215-164 BCE), Israel’s Government Press Office announced in a news release issued Tuesday.

The findings include a section of a large wall, a base of a tower and a man-made embankment. Other findings there included sling stones and arrowheads stamped with a symbol from Antiochus’ reign that are believed to be from the Greeks’ efforts to defend the fortress from the Maccabees.

Until now, archaeologists had not known the precise location of the fortress, known as the Greek Acra, from which Antiochus sought to control Jerusalem and monitor activity in the Temple, according to the news release.

Both the Books of Maccabees and the writings of ancient historian Josephus Flavius reported that the Acra was inside the City of David, a section of Jerusalem’s Old City.

Soldiers for hire and Hellenized Jews inhabited the Acra, according to the Israel Antiquities Authority. It was not conquered until 141 BCE, following a lengthy siege.

“This sensational discovery allows us for the first time to reconstruct the layout of the settlement in the city, on the eve of the Maccabean uprising in 167 BCE,” the antiquities authority’s excavation directors said in the news release. “The new archaeological finds indicate the establishment of a well-fortified stronghold that was constructed on the high bedrock cliff overlooking the steep slopes of the City of David hill.”