Raising Asian Jewish kids in the US has never been scarier 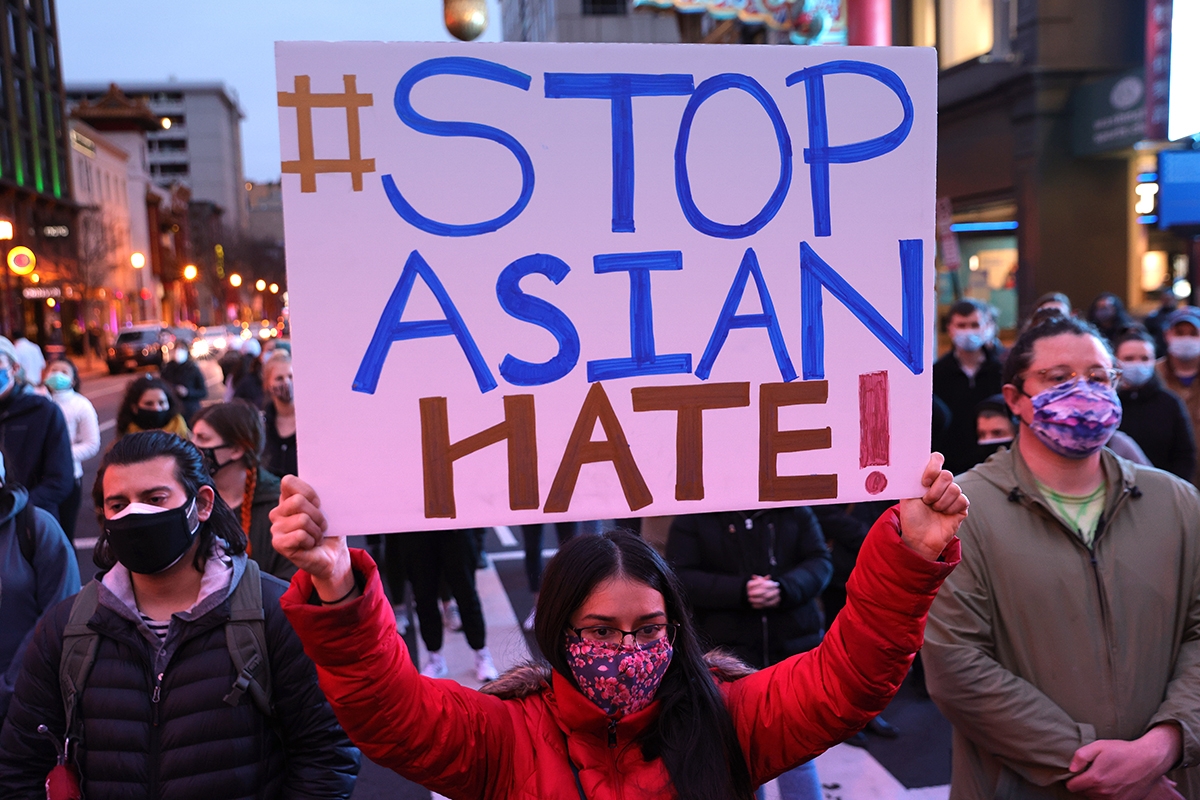 This article originally appeared on Kveller.

On Tuesday, eight people were killed — including six women of Asian descent — at three massage parlors in the Atlanta area. The gunman has been identified as a 21-year-old white man from Woodstock, Georgia. This horrifying shooting came at a time of alarming xenophobia and bigotry against Asian Americans and Pacific Islanders in the United States amid the COVID-19 pandemic.

Since the start of COVID-19, anti-Asian hate crimes have increased by 1,900% in the United States, with women reporting 2.3 times more hate incidents than men. Experts have blamed this troubling uptick in Asian hate crimes, in part, on Donald Trump’s dangerous rhetoric, with the former president using damaging terms such as “China virus” and “kung flu” to refer to COVID-19.

The details surrounding the Atlanta tragedy are continuing to develop, as more information regarding the victims and gunman are being released. Despite the fact that the majority of the victims were Asian women, the motivation behind the massacre is still to be determined.

News reports surrounding the violence in Atlanta have been very careful in how they describe the shootings and the gunman’s motivations. The media has carefully parsed details of the victims, emphasizing that six of the eight victims were Asian (two were white) and seven of the victims were women (one was male). It is as if the fact that not all the victims were Asian, and not all were female — even though the overwhelming majority were Asian females — should make the situation any less alarming. Even if this tragedy does not end up being classified as a hate crime, it is undoubtedly a hate-filled, violent attack aimed squarely at Asian women. The media’s couched and carefully chosen statements do a disservice to how horrific the crime is.

When I first heard of the shootings on Tuesday night, I had just finished putting my two energetic young children to bed. As parents of young children know, my day had been jam-packed with preschool drop-off and pickup, meals, bath, bedtime and so on, all amid the backdrop of the pandemic. The moments of quiet after my kids fall asleep each day are precious to me — a reprieve from the chaos that riddles my days.

I finally sat down to rest when I noticed I had missed a text message from my husband, who was still finishing up his work. He had sent me a Twitter link accompanied by the comment, “So scary, 8 Asian women murdered in ATL.” I stopped in my tracks. In complete disbelief, I had to read his description twice. I quickly forwarded the link to my sister, who had not heard the news, and she wrote back sharing my shock and horror.

As a mother of half-Asian Jewish children, the tragedy in Atlanta led me to fear for the safety of my children. It’s the kind of fear that you not only comprehend in your head, but one that you physically feel course through your veins. My children will grow up in a society where some people may hate them because of the color of their skin and others may hate them for their faith (and, of course, there are plenty who would hate them for both reasons). As a mother, I was left with two big questions: How do I keep my children safe from the hate that Asians and Jewish people experience on a daily basis in the United States? And how do I best educate my children about a society where people are hated or victimized for their race and/or their religion?

I’m embarrassed to admit this, but my first reaction about how best to protect my children from the hate they may experience was to flee. Following my initial shock over the Atlanta shootings, I found myself dramatically proclaiming to my husband that I didn’t think the United States was a safe place for our family anymore. Sure, it was an extreme reaction to what had happened, but perhaps it was the “fight or flight” reaction to fear that led me to choose “flight.”

My husband and I have talked about moving to a different country — particularly to China or Taiwan, given that I still have many extended family members there. It’s an idea we’ve addressed with more seriousness in the last year as COVID-19 has created more remote work environments. Now that anti-Semitism has hit an all-time high and Asian hate crimes are increasing in the United States, perhaps it is time to make this move?

Upon further reflection, however, I recognized that fleeing the country is not the answer. In this dark time, I am reminded of the Jewish principle of tikkun olam, or repairing the world — the idea being that although the world is a good place, God left us room to make improvements. I realized that the way to keep my children safe is to do my best to make the world a safer place for them. I’m still figuring out what this means for me, and I know this will be a lifelong process. But some of my ideas are continuing to give tzedakah to charities that are doing important work to fight anti-Semitism and Asian hate, bringing awareness to these important issues and continuing to stand up against hateful rhetoric.

For my children, I know it will be important to educate them on their dual Asian and Jewish identities in order to allow them to fully embrace their multifaceted identities. Our family has discussed the importance of visiting China and Israel (when it is safe to travel again) in order to help teach them about the history of both their cultures, as well as to meet others that are both similar and different from them. My husband and I hope to raise them to be open-minded and to love who they are — and also to appreciate the differences of others. I only hope that this continual lifelong education will help them stand against the Asian and Jewish hate that they may encounter in their lifetimes.

When reflecting on raising children amid this tragedy and rising hate crimes, I also found myself thinking about the names that my husband and I had chosen for my children, and the hopes that we had for them when they were born. Our 4-year old daughter, Ruth, is named after her great-grandmother Ruth. In the Bible, Ruth was a widow who loyally remained with her husband’s mother, even after her husband’s death, choosing to accept a life of poverty among people she admired. Ruth, who is famous for being the first woman in the Bible to convert to Judaism, utters the famous words, “Where you go I will go; where you lodge, I will lodge; your people shall be my people, and your God my God” (Ruth 1:16). Ruth is an example of loyalty, devotion and true friendship.

Our 2-year-old son, Micah, was named after his great-grandfather, Martin. In the Bible, Micah fearlessly denounced the evils that had filled his beloved land. As a prophet, he elaborates on what God expects from Israel: “He has told thee, man, what is good, and what God requires of thee: only to do justly, and to love kindness, and to walk humbly with thy God.” Micah is an example of humility, kindness and standing against evil.

These are all qualities that we aim to impart on our children. My hope is that my husband and I can teach our children to be loyal to each part of their mixed identities, to be kind and humble toward others, to enjoy friendship with those who are different from them, and to have courage to stand up against any evil that they may encounter.