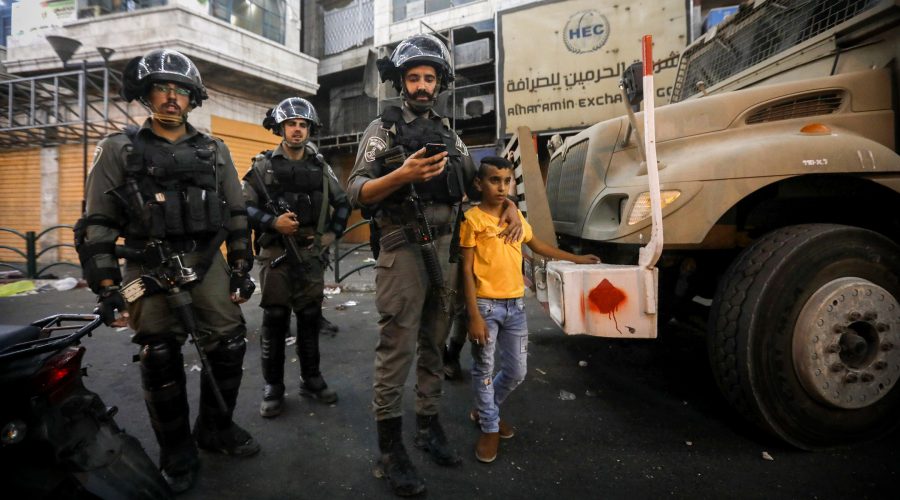 (JTA) — A majority of U.S. voters endorsed restrictions that would keep Israel from spending U.S. defense assistance to detain Palestinian minors, destroy Palestinian buildings, or annex parts of the West Bank, according to the results of a new poll conducted during the most recent Israel-Gaza conflict.

The poll, conducted by Data for Progress, a progressive polling firm, sought to capture public opinion on a question that is increasingly dividing Democratic lawmakers: whether U.S. aid to Israel should be withheld if Israel does not meet certain conditions. For many years, that opinion has been considered off-limits for politicians, but that has shifted recently with the rise of a progressive left in the Democratic Party.

Democrats were far more inclined to restrict the aid. Broken down by party, 72% of Democrats, 57% of Independents, and 36% of Republicans supported the bill.

The reference in the poll question is to a bill introduced in April by Rep. Betty McCollum, a Democrat from Minnesota, that so far has garnered 27 Democratic cosponsors in the U.S. House of Representatives. McCollum’s bill requires State Department and General Accounting Office reports to Congress on how Israel spends U.S. assistance but has no enforcement mechanisms to ensure compliance. Two major liberal pro-Israel groups, J Street and Americans for Peace Now, back the bill.

The poll was conducted through a web panel from May 12-25, a period roughly consistent with the most recent flareup of violence between Israel and Hamas in Gaza. The survey reached 2,100 likely voters and has a margin of error of 2 percentage points.