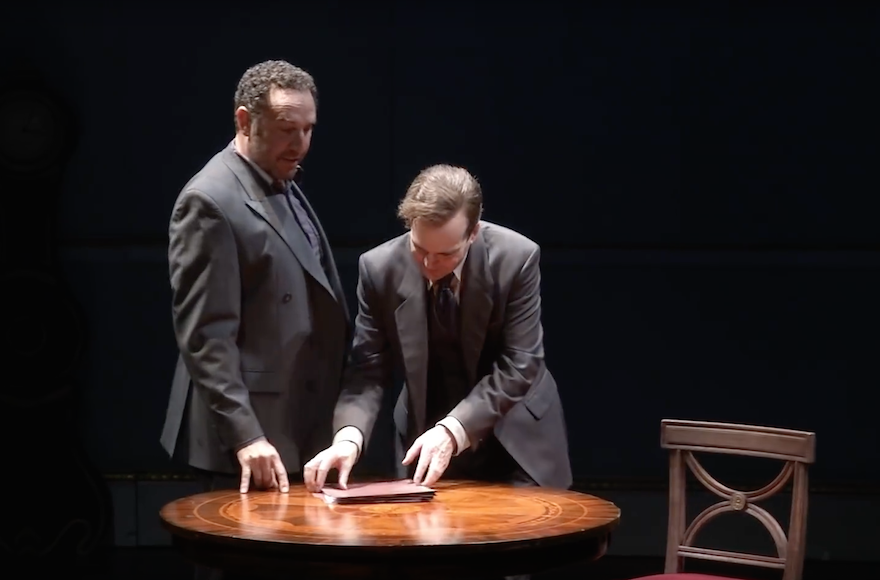 The Tony Awards, which represent Broadways highest honors, were awarded on Sunday night in New York.

The play, in which Israelis and Palestinian negotiators struggle to hammer out a peace deal, received rave reviews for turning a complicated history into a fast, entertaining three hours.

The play also garnered an award for Michael Aronov, who received the award for Best Featured Actor in a Play.

The musical “Dear Evan Hansen,” about a boy who gets caught up in a lie after the death of a classmate, was awarded Best New Musical. Its star, Jewish actor Ben Platt, received the award for Best Musical Actor.  The show also was awarded Best Featured Actress for Rachel Bay Jones, Best Book, Best Orchestrations and Best Original Score for Benji Pasek, who is Jewish and Justin Paul who won an Oscar this year for “La La Land.”

Veteran Jewish actress and singer Bette Midler won the Tony for Best Actress in a musical for “Hello Dolly,” which also won Best Musical Revival, Best Costume Design of a Musical and Best Performance by an Actor in a Featured Role in a Musical for Gavin Creel.