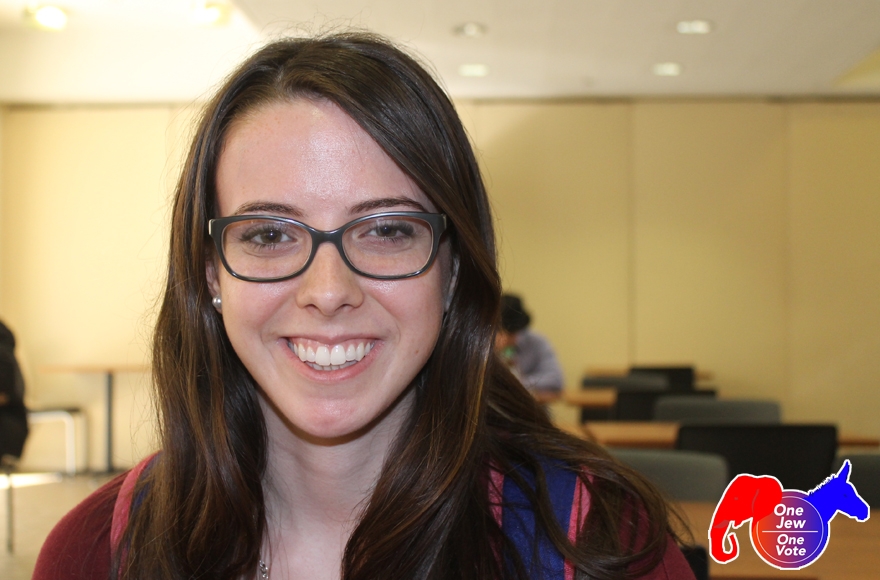 Why she’s voting for Clinton:

“Given the ways the parties are right now, I very much would have voted for the Democratic nominee regardless. I think there are a lot of parts of the Republican party platform I can’t get around at this point…

“I actually like Hillary a lot. It’s not just an anti-Trump vote. I think she has a ton of experience and is incredibly qualified. I like her stances on women’s issues and most of this liberal social stuff. And [although] I think she is maybe a little more hawkish than I would ideally like on foreign policy, I think she really knows what she’s doing. I think she also will actually be pretty good for Israel.”

On how the campaign has entrenched a split in the country:

“I think it’s highlighted a lot of things in our country that are kind of worrisome and scary… I think just the fact of how intensively divided the country is right now. I’m from Pennsylvania, and our state is a swing state because Philadelphia and Pittsburgh and the surrounding areas, where I’m from, are cities and they’re all voting Democratic. And the other 95 percent of the landmass of the state is like living in a different world. I think that’s something we need to come to terms with a little more.”

On how the Jewish community has responded to the campaign:

“I think we often sacrifice a lot of general Jewish values when looking at a candidate, in favor of a very simplistic view of their Israel politics and I think that generally most of adult American Jewry is too quick to sort of take the ‘Republicans are pro-Israel, Democrats are not’ route, without examining the facts a little more. I think a lot of people I know who are voting for Trump because of reasons like that make me disappointed in our community.”

On a shift in her generation of Jews:

I think generally we’re a little more liberal than our parents… I think the people I know are generally a little more thoughtful, a little less reactionary when it comes to politics and how that relates to their Jewish identities.