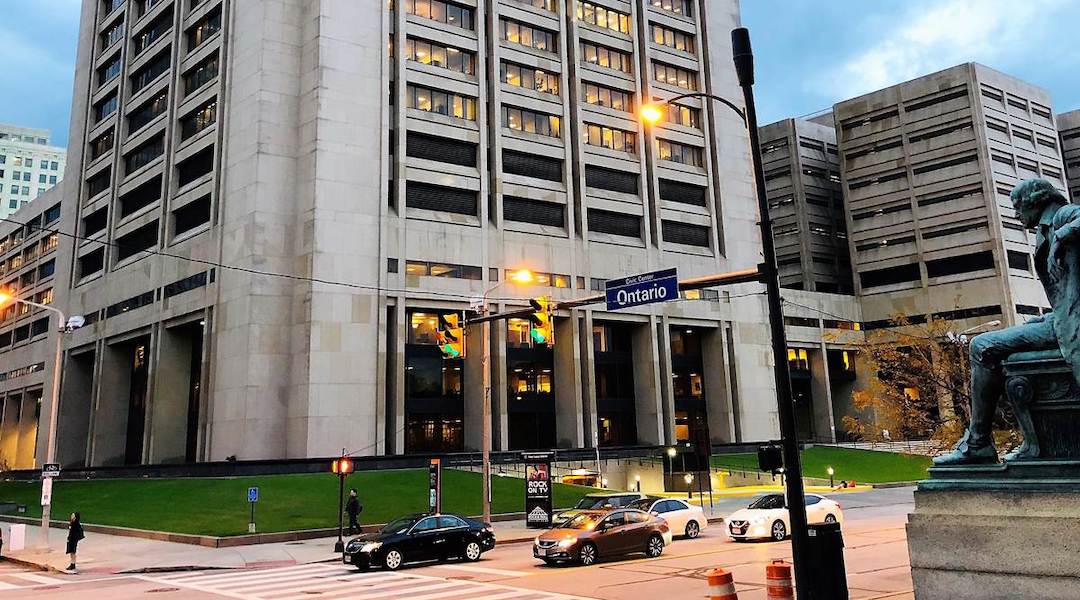 CLEVELAND (Cleveland Jewish News via JTA) — A Cleveland-area man is suing 15 local Orthodox synagogues and 22 rabbis for defamation, saying a community announcement alleging that he engaged in inappropriate behavior with children has ruined his reputation.

Hersh is requesting punitive damages in excess of $25,000.

The Vaad’s announcement, dated Aug. 13, 2018, named Hersh and his home address, and said he “is alleged to have engaged in inappropriate behavior with young men under the age of thirteen. We have also learned that police reports have been filed detailing his activities. We understand that he is attempting to create a Boy Scout troop. We are concerned that this is a potentially unhealthy and dangerous situation.”

The announcement was read subsequently during services at a number of Orthodox synagogues and later reported on by the Cleveland Jewish News and two Jewish blogs.

In the lawsuit, Hersh denies the allegations.

“The statements made concerning Hersh are false and defamatory, and expose Hersh and his family to hatred, contempt, ridicule, and obloquy because Hersh did not engage in inappropriate behavior with young men under the age of thirteen,” according to the lawsuit.

The announcement “had the tendency to injure Hersh in his occupation, because no one would desire to deal professionally with someone who engages in inappropriate behavior with young men under the age of thirteen,” according to the suit.

On June 15, 2018, two separate reports alleging sexual misconduct by Hersh were filed with Cleveland Heights police. He was not charged in either incident.

The first was made by a woman who said that during a May 21, 2018, outing with her family and Hersh’s family, Hersh had discussed with one of her children taking a trip to Texas with him and that the child was not to tell the parents.

The same woman also quotes a child saying that Hersh had shown the child his gun collection. She said she informed her rabbi, one of the defendants in the lawsuit, Rabbi Aharon Lebovics of the Young Israel of Greater Cleveland, who told the woman he had heard a number of concerns regarding Hersh and urged her to file a police report.

“We’re aware of it and we’re dealing with it, but that’s all I can say about it right now,” Lebovics said when contacted by the Cleveland Jewish News about the lawsuit.

In the second report, a father alleged that Hersh attempted to get close to one of his children and that the father had received a phone call from a friend saying that Hersh was seen holding the child’s hand in a “way that seemed suspicious.” The father also asserted that his child had a secret cellphone that he believed Hersh had given the child to communicate secretly. There was no SIM card in the phone, and the call and text logs were empty.

According to the report, the father said the incidents had taken place “over the past couple of years.”

Triscaro said Hersh has not lost his job as a result of the incident but is concerned for future employment. The attorney said he could not remember Hersh’s employer and did not want to make any misstatements.

“This has had a very traumatic impact on Mr. Hersh’s life, not only upon him but his family as well,” Triscaro said. “Due to that, that kind of was the reason for proceeding in this fashion. It’s unfortunate what occurred, and he’s obviously trying to right that wrong through the trial process at this point in time.”

There are also 50 unidentified John Doe defendants in the lawsuit beyond the named rabbis and synagogues. Triscaro said those defendants would be named when they are able to identify them, but indicated they were part of the Vaad Harabonim.

“From our perspective, the statement was made through the Vaad,” Triscaro said. “We’ve identified at least all the rabbis in the synagogues that were related to the Vaad at that point in time.”

No court date has been set.

Attorney Aaron Minc of Minc Law in Orange, Ohio, who specializes in defamation cases, said the case could hinge on whether the Vaad or synagogue announcements could be considered privileged. Under Ohio law, absolute privilege, or immunity, is granted to persons whose position or status requires that they be able to act in that position without fear of civil action. Qualified privilege permits persons in positions of authority to communicate or relay certain statements, even defamatory ones.

“If it is protected by privilege here, they [the plaintiffs] would have to prove more than just negligence” on the part of those making the statement, said Minc, who is not a party to the case. “Generally, something is protected by qualified privilege if it’s held to be made in good faith, it’s a limited statement made to a limited audience only for the purpose of conveying something the other party would have a genuine interest about. It’s pretty broad.”

In Ohio, a person is allowed to make minor errors in a statement if a claim qualifies as privileged, Minc said. “Fair report” privilege protects parties who publish police reports, public filings and statements by the government, which generally qualify as privileged.

“If they’re merely reiterating the police report, there’s a big question of whether it’s qualifiedly privileged based on a fair report defense or not. That would make it a much harder case” for the plaintiff, he said. “If it is qualifiedly privileged, you have to show that the rabbis and other people who published and republished it knew, had actual knowledge, that the information wasn’t true. Which is nearly an impossible standard in Ohio. It’s very hard to prove.”

A statement is not necessarily privileged, however, merely by the fact that it was said by a rabbi in a house of worship.

“No, there’s no special privilege in the context of a pastor [or] rabbi standing in front of their congregation saying something,” Minc said. “They’re equally on the hook if something they said was wrong.”