Obama taps 5 to serve on Holocaust memorial board 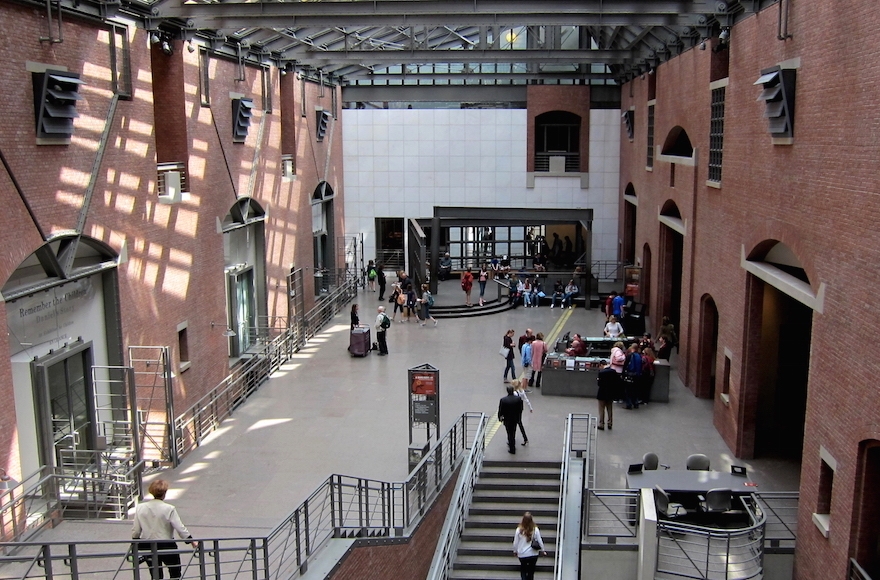 A view of the interior of the U.S. Holocaust Memorial Museum in Washington, D.C., in 2010. (Wikimedia Commons)

Congress established the council in 1980 to commemorate the Holocaust and raise money for the U.S. Holocaust Memorial Museum in Washington, D.C.

Bernstein, a lawyer who is president and co-founder of the New York sports and entertainment complex Chelsea Piers, has been serving as council chair since 2010. He was first appointed in 2002.

Price, the chairman and CEO of the financial services firm Mesirow Financial, was appointed in 2012.

Marchick serves as managing director and global head of external affairs at the private equity firm the Carlyle Group. He served in various roles under the Clinton administration, including deputy assistant secretary for trade policy and transportation affairs at the State Department, and is a member of the Committee on Conscience of the U.S. Holocaust Memorial Museum.

Polsky is the founder, president and CEO of the power and energy company Invenergy, and Ratner is the executive vice president of development at the real estate company Forest City Realty Trust.

The council has 68 members, including presidential appointees, who serve five-year terms, along with senators and representatives and members of the education, interior and state departments.