NRA praises Bernie Sanders for his defense of gun manufacturers 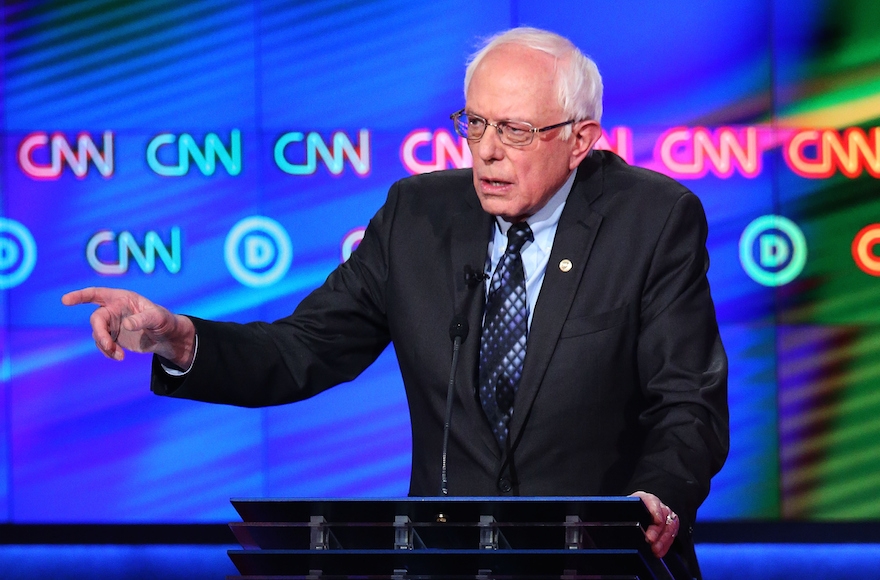 “Sen. Sanders was spot-on in his comments about gun manufacturer liability,” the gun lobby said Monday in a tweet about the Democratic debate the previous evening between Sanders, an Independent senator from Vermont, and Hillary Clinton, his rival to be the party’s nominee.

Clinton, who hews to Sanders’ right on most issues, including health care, foreign policy and dealing with Wall Street, has hammered him throughout the campaign on gun control, the one major issue where she stands to his left.

In Sunday’s debate broadcast by CNN from Flint, Michigan, Clinton pointed out that she voted against a 2005 law that protected manufacturers from lawsuits. Sanders, then in the U.S. House of Representatives, voted for it.

Sanders said he would not oppose lawsuits if the seller or manufacturer could be shown to reasonably anticipate they were selling guns to criminals.

“If they are selling a product to a person who buys it legally, what you’re really talking about is ending gun manufacturing in America,” he said. “I don’t agree with that.”

That quote by Sanders was attached to the NRA tweet superimposed over the lobby’s logo.

The CNN moderators raised the question because the families of 26 people murdered in 2012 at a Newtown, Connecticut elementary school – among them 20 first-graders – are suing Remington, the manufacturer of the semi-automatic rifle used in the killings.

Sanders, the first Jewish candidate to win in a presidential nomination contest for a major party, has said his support for some laws protecting gun owners and gunmakers derives from the hunting culture in his state, Vermont.