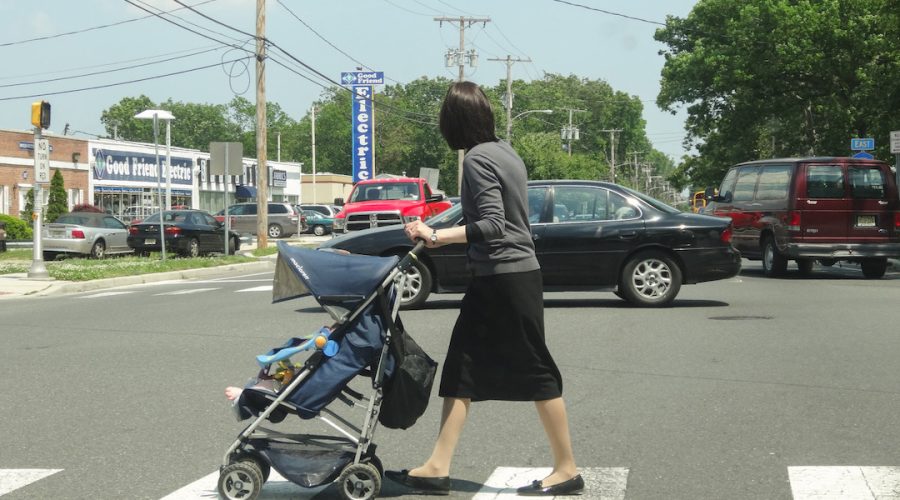 (JTA) — The heavily Orthodox town of Lakewood, New Jersey, is reeling after a string of violent attacks on Friday afternoon and evening that including with the stabbing of a Jewish man.

The alleged perpetrator of the attacks, Dion Marsh, 27, was arrested at his home Friday night and charged with murder, weapons possession and bias intimidation. The Anti-Defamation League, which monitors hate crimes, said Marsh “is said to have made antisemitic remarks upon arrest.”

According to police, Marsh was responsible for a carjacking and three subsequent collisions with pedestrians over the course of seven hours on Friday. In one instance, an Orthodox Jewish man returning from praying before Shabbat was hit by a car, then stabbed by its driver, according to the Lakewood Scoop, a local Jewish publication, which tweeted two Hebrew names in a call for prayers for the victims.

Lakewood Police Commissioner Meir Lichtenstein, the city’s Orthodox former mayor, implored locals to seek counseling if they become concerned about safety. “We will not live in fear,” he said at a press conference Sunday.

The incidents came just a few days after two attacks on Orthodox Jews in New York City last weekend. In one incident, a 21-year-old Hasidic Jewish man was beaten in Williamsburg, a heavily Hasidic neighborhood in Brooklyn. In another, six Jewish boys were threatened by teens carrying weapons on Manhattan’s Upper West Side. In both cases, New York City officials said the victims were targeted because they were Jewish.

Scott Richman, the ADL’s director for the New York and New Jersey region, condemned the Lakewood violence as antisemitic.

“We are grateful to federal and local law enforcement for their swift response in apprehending the suspect and bringing charges that include bias intimidation,” Richman said. “I am personally horrified at the cruelty with which the suspect allegedly conducted himself. More needs to be done proactively to prevent violence against the Jewish community, and in particular visibly identifiable Jews in Ocean County and across our region.”

Lakewood was the fastest-growing area in New Jersey in the last census, largely driven by its haredi Orthodox population. Lakewood’s birth rate is among the highest in the world; the town is also a destination for Orthodox Jews from New York City seeking a lower cost of living. The Jersey Shore city, in the central to southern part of the state, is also home to multiple massive yeshivas that attract young men from around the world.