New group for progressive Zionists to march in Chicago SlutWalk 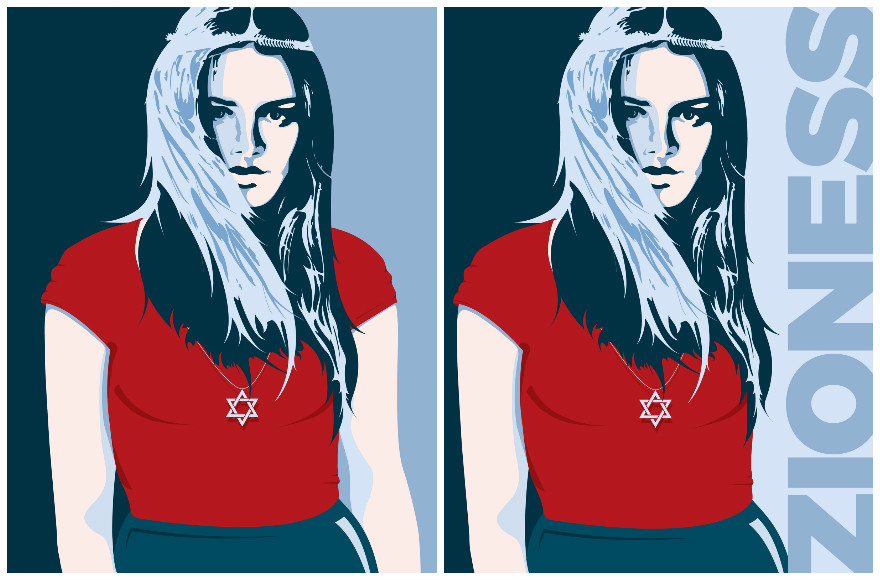 (JTA) — Calling themselves progressive and Zionist, about a dozen activists plan on marching in a Chicago demonstration against sexual violence to promote the idea that Zionism and liberal values are compatible.

Members of the Zioness initiative, which launched Tuesday, will march together on Saturday at SlutWalk Chicago, a women’s rights demonstration against sexual violence. Zioness members will be marching with banners and T-shirts featuring a design of a woman wearing a Star of David necklace.

Organizers of the SlutWalk initially said that they would ban Stars of David from the event, but later altered their policy to allow religious symbols but not national flags.

The SlutWalk policy came in the wake of a controversy over the Chicago Dyke March in June, when three Jewish participants at the LGBTQ demonstration were ejected for carrying LGBTQ Pride flags adorned with the Star of David. Dyke March organizers said the women were advocating for Israel at an anti-Zionist event.

“It was really a moment where everyone in the community said, ‘This is unacceptable, the line has been crossed, and there’s no way we can walk back from it now because no one can claim this is just opposition to a political party or a policy 10,000 miles away. It’s now about Jews,’” she told JTA.

The Dyke March incident was widely condemned by the Jewish community, and Jews who are pro-Israel have complained that they often do not feel comfortable expressing their religious identity openly at LGBTQ events and settings.

Berman, the New York-based director of legal affairs at The Lawfare Project — which calls itself the “legal arm of the pro-Israel community” — will travel to Chicago for Saturday’s march. She formed Zioness with around a dozen friends from across the country.

“When SlutWalk said, ‘We stand in solidarity with the organizers of the Chicago Dyke March,’ and said ‘We will also ban Zionist symbols, including Jewish stars,’ it became an opportunity to challenge the narrative that Jews and Zionists can’t participate in progressive movements,” she added.

Although SlutWalk Chicago said it would welcome religious symbols, on Thursday it denounced the Zioness initiative for using the march to promote a “nationalist agenda.”

“SlutWalk Chicago does not support the ‘Zioness progressives’ planning on coming to the walk Saturday. We at SlutWalk Chicago stand with Jewish people, just as we stand for Palestinian human rights. Those two ideologies can exist in the same realm, and taking a stance against anti-Semitism is not an affirmation of support for the state of Israel and its occupation of Palestine,” the group wrote on its Facebook page.

“We oppose all oppressive governments whether they be the United States or Israel, as we recognize these regimes often disproportionately oppress women and femmes. We find it disgusting that any group would appropriate a day dedicated to survivors fighting rape culture in order to promote their own nationalist agenda,” SlutWalk Chicago continued. 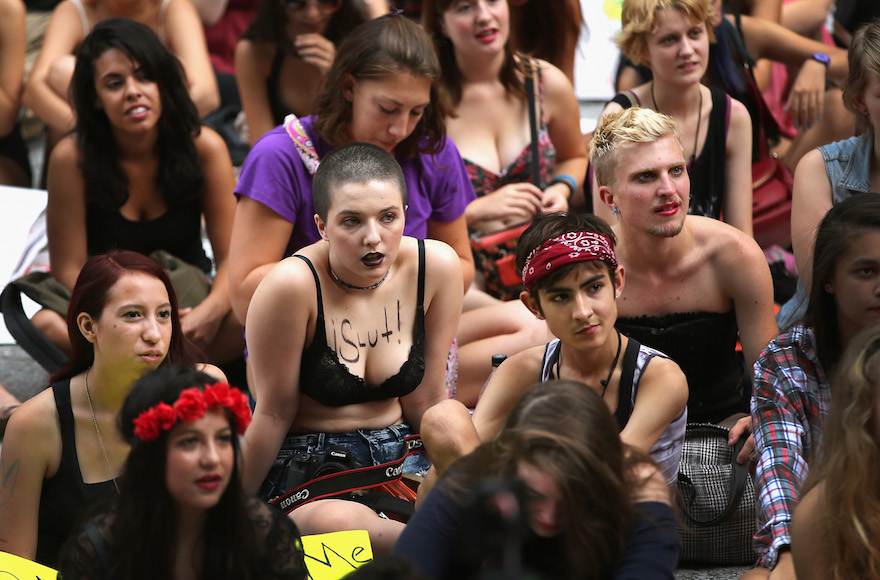 Meanwhile, Berman said the response from the Jewish community has been positive. Though the group was presently focused on Saturday’s march, organizers also have larger aspirations, Berman said.

“We do have broader goals in terms of how to turn this into something that can empower Jewish activists in the future in every variety of social justice movement, that’s certainly the goal,” she said. “Right now we’re very focused on Saturday — that’s the way that this group came to be, to challenge this narrative on Saturday by establishing a new movement and creating the opportunity for people to come and stand in solidarity.”