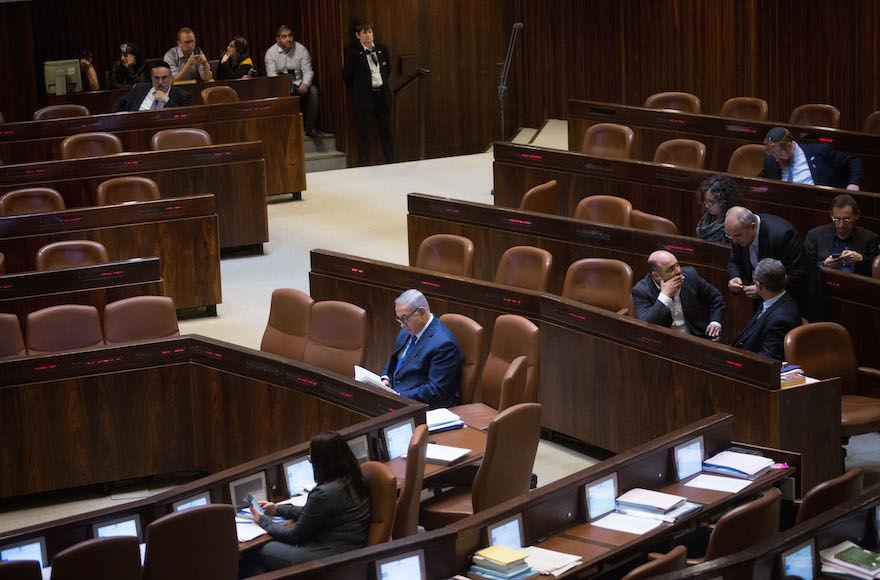 JERUSALEM (JTA) — Benjamin Netanyahu won the Likud party primary as expected, followed by four lawmakers with whom he has clashed in recent months.

Likud now has 30 seats in the Knesset and is expected to have about the same number in the next parliament when elections are held April 9. Thus the candidates who finished below No. 30 in the primary will likely not be seated.

Some 15 seats of the top 40 are reserved for regional candidates, Netanyahu has three other seats that he can appoint, and there are four other seats reserved for a woman, a new immigrant, a young candidate and a minority candidate that could push some of the winners into lower positions.

The results will be finalized on Wednesday afternoon.