Netanyahu announces he is unable to form a government, returns mandate 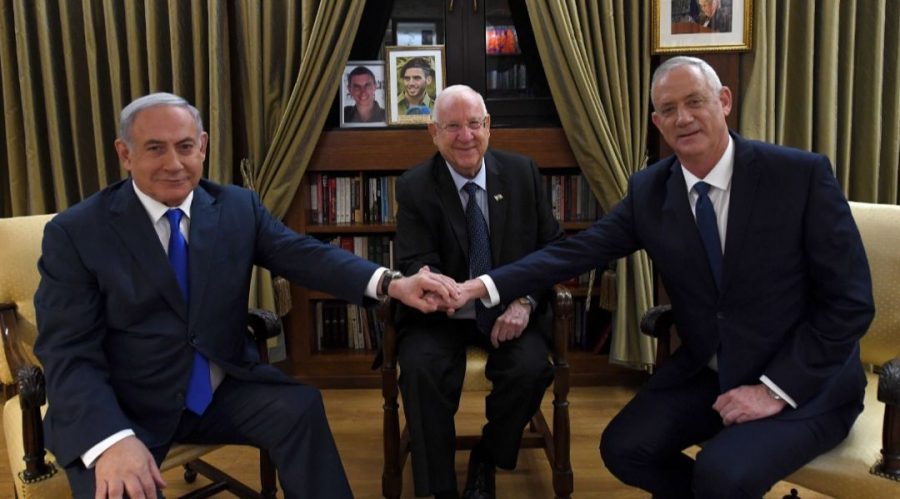 Netanyahu announced Monday evening that he is returning the mandate to form a government to President Reuven Rivlin after trying for nearly four weeks. The announcement comes two days before the end of Netanyahu’s allotted time to form a government, and on his 70th birthday.

It will be the first time in more than a decade that someone other than Netanyahu will attempt to form a government.

The director-general of the President’s Office, Harel Tubi, will now contact the heads of all the factions in Knesset and inform them that Rivlin plans to transfer the mandate to form the government to Benny Gantz, head of the Blue and White faction, the president’s office said in a statement. Rivlin has three days to make the transfer.

In a video message posted on social media, Netanyahu said that he put “all efforts” into bringing Gantz to the negotiation table and forming a “broad national unity government.” He said that “time and time again” Gantz “refused” to meet with him or to send his negotiating team.

Blue and White said in a statement that: “The time of spin is over, and it is now time for action. Blue and White is determined to form the liberal unity government, led by Benny Gantz, that the people of Israel voted for a month ago.”

“The time has come for Blue and White,” Gantz tweeted.

Rivlin had attempted to help Netanyahu and Gantz arrive at a national unity government, with a formula that included a rotating premiership, which would have seen Netanyahu take a leave of absence from the office if he is indicted in one of the three corruption cases against him. The leaders could not agree, however, on who would serve first in such a rotation. Netanyahu also insisted on bringing his right-wing coalition in to the government with him, which was not acceptable either to members of Gantz’s faction or to Avigdor Liberman, head of the Yisrael Beiteinu Party, which has been holding out for a liberal unity government.

Blue and White is expected to require preconditions for joining its government, including support for public transportation on Shabbat and revoking legislation forcing businesses to close on Shabbat, Haaretz reported. This would not sit well with the religious parties.

Netanyahu on Friday threatened that if Gantz was tasked with forming a government he would opt for a minority government, which would be supported from the outside by the Arab Joint List’s four parties. He called it “an anti-Zionist act that endangers our security.”

Blue and White earned 33 seats in the September elections to the Netanyahu-led Likud Party’s 32. However, parties representing 55 seats in the Knesset recommended to Rivlin that Netanyahu be tasked to form a government to 53 for Gantz, leading to Netanyahu receiving the mandate. Liberman did not commit his party’s eight seats to either candidate. Sixty-one seats are required to form a majority ruling government coalition.