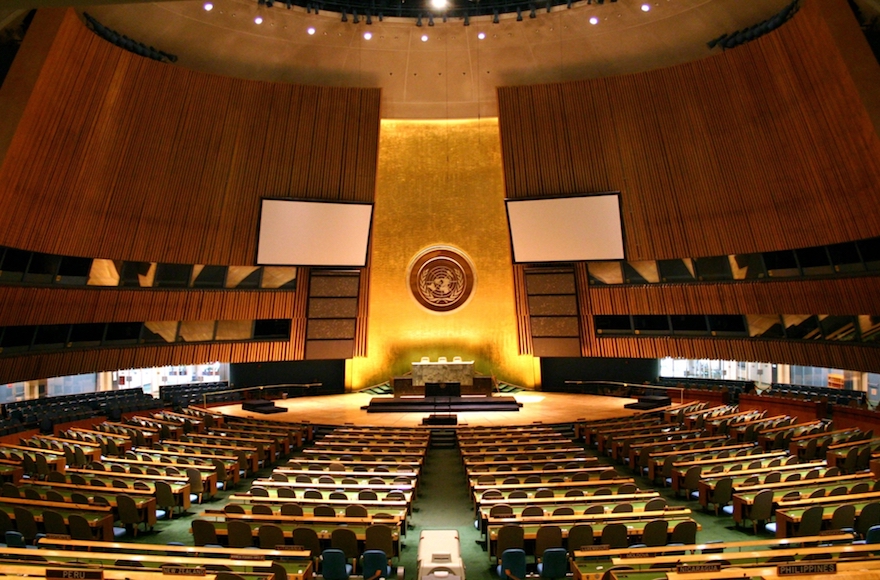 (JTA) — More than 30 countries sat out the United Nations commemoration of the 2001 Durban conference, notorious among Jewish groups for devolving into antisemitism and virulent anti-Israel activism.

“Thank you for your withdrawal from the 20th anniversary event of the UN’s Durban Conference,” Israel’s foreign ministry tweeted on Wednesday as country delegations, already in New York to attend the annual General Assembly, gathered to commemorate the 20th anniversary of Durban.

At least 33 countries boycotted the commemoration, including the United States, Britain, Canada, France, and Australia.

In the end, the day-long commemoration did not refer to Israel and the Palestinians; its focus was on “reparations, racial justice and equality for people of African descent,” according to a United Nations release.

Still, Israel sees the original conference as so tainted by anti-Jewish animus that it urged boycotts of its commemoration.

“The original Durban Conference, a UN-hosted event, became the worst international manifestation of antisemitism since WWII,” the Foreign Ministry said in its tweet.

In his opening remarks, António Gutteres, the U.N. secretary-general, noted a “troubling rise” in antisemitism, anti-Muslim bigotry, and the mistreatment of minority Christians.