Minorities can have privilege, too. Here’s how we can be better allies to Black Americans.

Before living in Tennessee, I grew up in Palm Beach County, Florida, an area with a large Jewish community. Listening to their fears of anti-Semitism and hearing of hateful crimes committed at synagogues, I’ve grown up knowing prejudice isn’t limited to the color of your skin.

As a person of color and a member of a minority, I know that if we’re not united against bigotry, then none of us stand a chance.

The global protests happening today might center specifically on injustices against Black Americans, but as Jewish history shows us, tolerating systemic hatred does not end well for any minority. Black Jews have shared that they need our allyship more than ever, and there are tangible ways that we, as members of minority communities, can serve as allies to their struggle.

Instead of sharing our own stories, it’s time to elevate Black voices.

Sharing our own stories of discrimination can be a powerful way to help those close to us understand the hatred we face. I’ve broken down numerous times in front of my peers after sharing my frustration with the narratives of immigrants in politics or feeling obligated to educate about the historical plight of marginalized communities. Unfortunately, it falls upon our shoulders to educate about our lived experiences.

Speaking up is courageous. But right now, we need to step back.

We need to hand the microphone to and uplift Black voices and Black communities rather than speak over them. Rather than lead, we need to ensure that Black individuals become the forefront of conversation and this movement. We need to step back and support them as they bring changes to our society.

I love organizing protests and events. In the past two years I’ve organized a school walkout against gun violence, a community rally commemorating the Parkland shooting and a school climate change event, just to name a few.

But within the context of the Black Lives Matter movement, stepping back means I don’t organize and lead protests and chants. I instead uplift protests organized by Black community organizations. Right now, stepping back means that even when I’m offered the chance to speak at a Black Lives Matter protest, I politely ask that my speaking time be offered to a Black peer.

Stepping back can take many forms, including reposting resources released by Black organizations and Black activists, or making sure you attend a protest that is organized by community leaders as I do. It also includes getting your communities to understand why this is a fight for all of us. Some in your communities might complain that others don’t take their struggles as seriously as they do the protesters, but we must explain why the story of George Floyd is really a call to action for all of us, and about strengthening our society for all minorities.

We may be members of a minority, but we still have privilege.

Just because we have faced oppression or discrimination — or just because we are not white — does not automatically exempt us from experiencing privileges. I believe that we are all privileged in one facet or another, and we all need to recognize it.

I believe this should be a time of reflection for all of us. We must recognize our privileges and decide how to most effectively use our privilege to uplift the Black Lives Matter movement.

Suffering is not a competition.

It’s easy to center your own experiences when you and your loved ones have faced direct discrimination. I’m ashamed to admit that I’ve had this toxic mindset in the past as well. Growing up, I was resentful of our history curriculum. Never having learned about the Chinese Massacre or Japanese internment camps in school, I often felt as though the plight of Asian Americans was constantly swept under the rug in favor of prejudices against other groups of minorities.

And while I don’t invalidate my feelings, I have also grown to recognize that I cannot directly compare the experiences of Asian Americans with other minority groups. We always need to make room for the most marginalized communities in our history, media and movements for justice.

This is not a time to compare our hardships or our issues. This is not the time to invalidate the experiences of Black people by trying to highlight our own issues.

Yes, Jewish Americans have experienced violent anti-Semitism at increasing rates in recent years. Yes, Asian Americans have been subjected to violent xenophobia during the COVID-19 pandemic.

Fighting for Black Americans is for the good of all of us.

Fighting and standing up to a highly discriminatory system and emphasizing the prejudice plaguing America is a fight for all of us. The strides we make in Black Lives Matter will be a step in fixing the systemic intolerance, and the effects will trickle down to benefit all of us.

As members of a minority in America, our experiences supplement the empathy we feel for marginalized and impacted communities. And we need to consider our experience holistically in order to understand our strengths and weaknesses in assisting the Black Lives Matter movement. 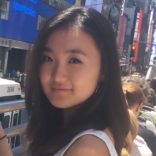 is a rising high school senior in East Tennessee. She is passionate about social justice, advocacy, law and international relations. She loves writing and has been published in TeenVogue and YR Media.