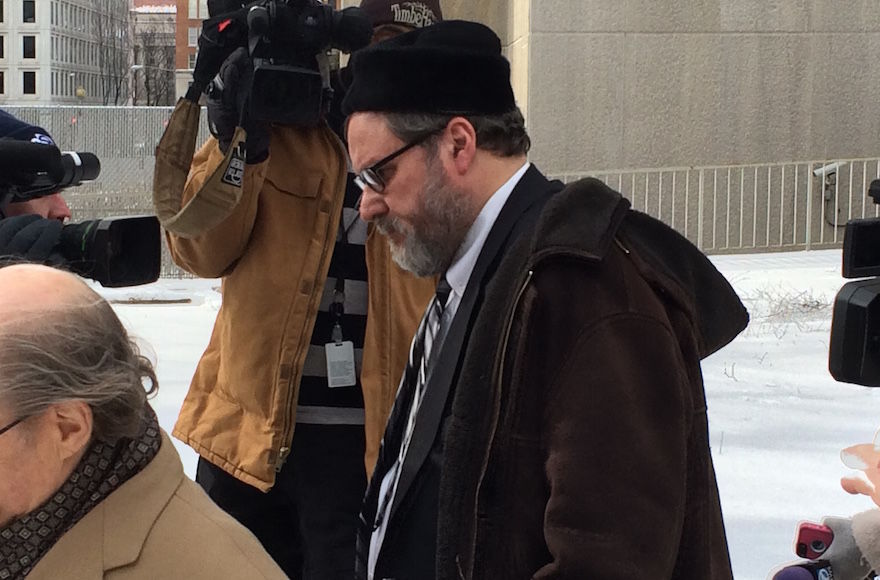 Ron Kampeas
WASHINGTON (JTA) — Rabbi Barry Freundel, a once-prominent Modern Orthodox rabbi in Washington, D.C., who was convicted for secretly videotaping women in his synagogue’s mikvah, is set to be released on Wednesday.

Amy Zubrensky, an assistant U.S. attorney, alerted Freundel’s victims on Wednesday with an email. Because of “swiftly moving events,” she wrote, “I just learned this morning that he will be released from D.C. jail today.”

Freundel was sentenced in May 2015 to 6 1/2 years in prison after pleading guilty to 52 counts of voyeurism, and his original date for release was to have been toward the end of 2021. With time off for good behavior, he was scheduled for release on April 15.

Earlier this week, Zubrensky had alerted Freundel’s victims that he might be released sooner than April 15 because of the coronavirus pandemic. She asked the women if they had objections, and at least one victim did because the notion of Freundel enjoying Passover, the festival of freedom, next week was painful to her.

“This early release, granting Freundel the ability to celebrate his own freedom together with Passover, is a final smack in the face to victims,” said the victim, who wished to stay anonymous.

Zubrensky in her note to victims on Wednesday explained that emergency coronavirus legislation enacted by the District of Columbia allowed the Department of Corrections to expand time off allocated for good behavior in order to release prisoners earlier than scheduled. Freundel was a beneficiary.

“I know this news will be upsetting to many of you,” Zubrensky said.

Freundel will not be subject to supervision or required to register as a sex offender, she added, because voyeurism is not among the offenses listed under the D.C. Sex Offender Registration law.

The email said the U.S. Attorney’s Office had no information on where Freundel will reside following his release. There are concerns among Washington-area Orthodox Jews that Freundel will seek to live in one of the Orthodox enclaves and join a community.