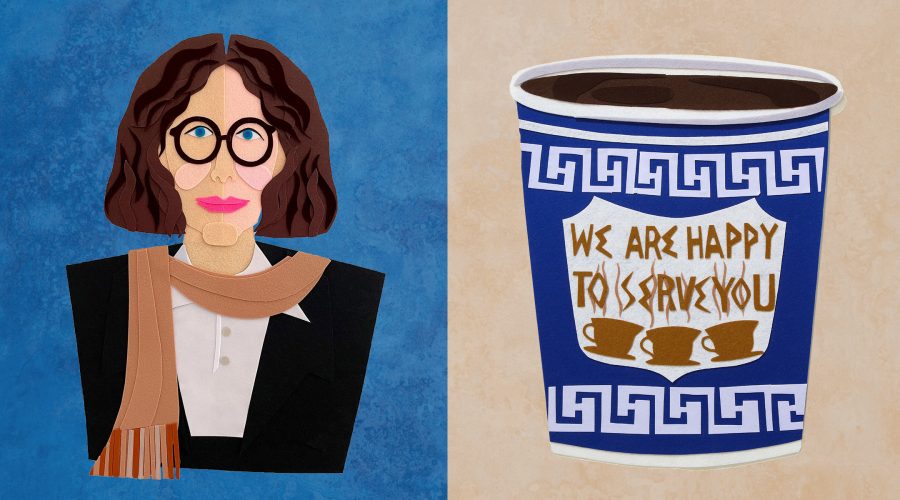 (New York Jewish Week via JTA) — Growing up in Roslyn, Long Island, Sam Sidney’s frequent trips to New York City meant lunch at Sammy’s Noodles in the West Village and hanging around the vintage clothing stores and antique flea markets in Chelsea. It was a little dirty, a little dangerous and always exciting.

Now, post-pandemic, Sidney thinks there might be an opening for that version of New York — what she called the “quintessential” New York of the ‘80s — to return, and she wants to celebrate it.

“We have entered a new New York, a revival period,” said the artist and teacher. “Things can be amazing again.” 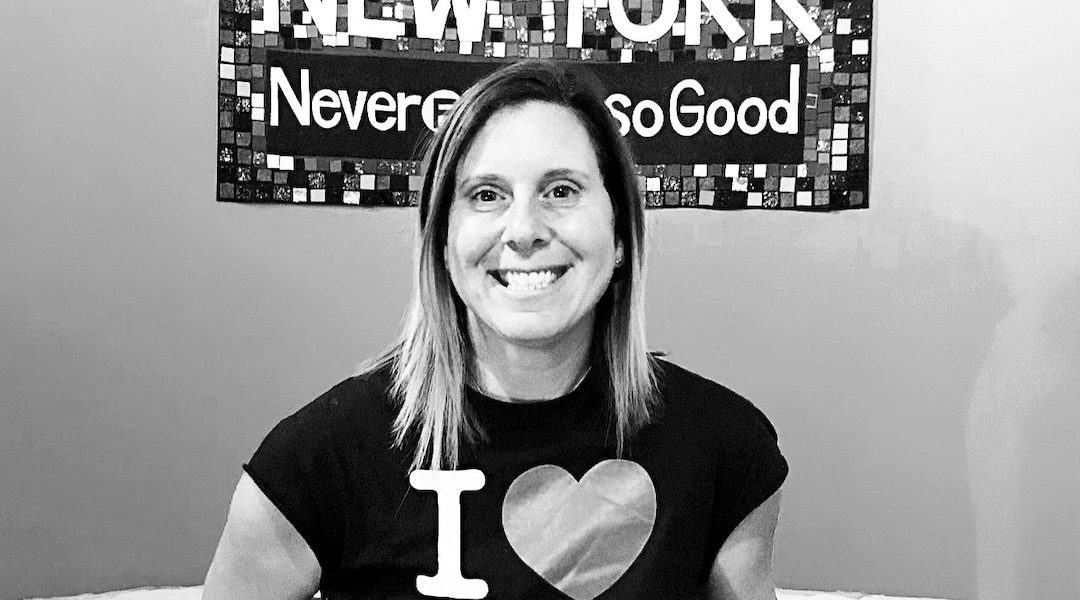 Her new exhibit, “New York Never Felt So Good,” is a collection of 23 felt portraits, ranging in size from a 16” x 20” bagel and lox to the 40” x 30” Lady Liberty. The pieces pop off the wall at Eerdmans New York on E 10th St., somewhere between childlike cartoons and Picasso renditions.

Iconic blue-and-white coffee cups, a MetroCard and a box of Italian cookies all get their moments to shine, alongside iconic New Yorkers of the last half century: fashionista Iris Apfel, writer Fran Lebowitz, Joan Rivers, John Lennon.

The origins of the project are humble: an early pandemic project to cure boredom and sustain artistic inspiration. In April 2020, Sidney committed to doing one art project a day with her four kids in Charleston, South Carolina, where she has lived for 15 years. She would document their work on Instagram to hold herself accountable. Working with felt was easy for her kids of varying ages — it wasn’t messy and the cut pieces could be put back into a box and reconfigured into new designs the next day.

When Sidney posted a felt self-portrait on Instagram, people “went crazy for it,” she said. A friend commissioned a series of nine musicians, and what started as a pandemic project evolved into an art style, a business and now a gallery exhibit. 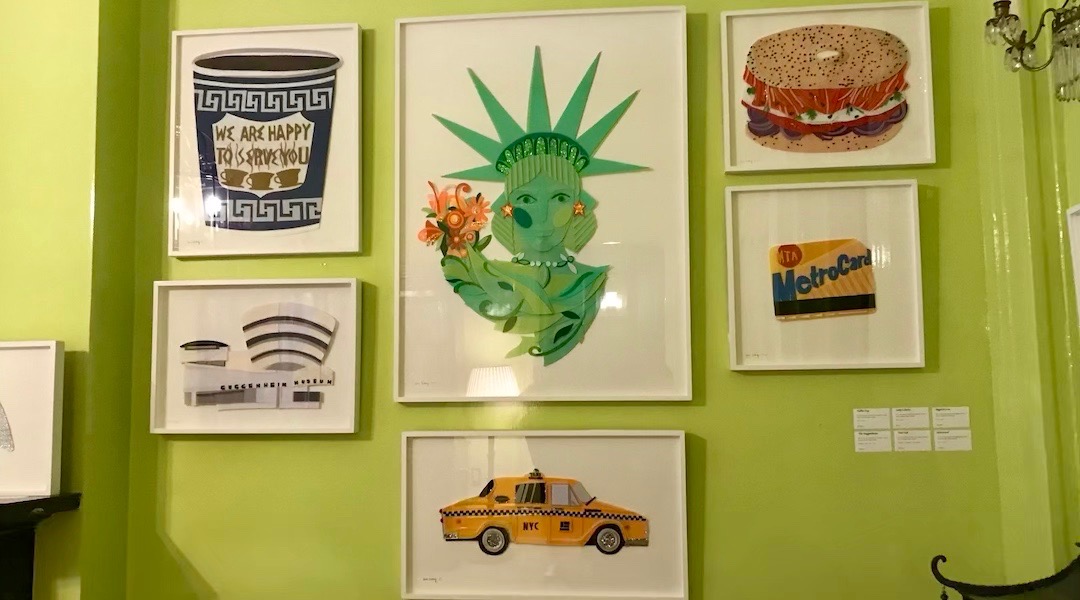 For Sidney, being Jewish and being from New York are one and the same — there’s an unspoken, mutual understanding between the two identities. “I think I’d have more in common with any non-Jewish New Yorker than a Jewish person from Charleston,” she told The Jewish Week.

Sidney studied art at Skidmore College in Saratoga Springs, New York and later got her master’s degree in art education at NYU. Living in Gramercy Park in her 20s, she exhibited her work at various galleries. After moving to Charleston she stopped exhibiting her work publicly.

“I never wanted to leave New York,” Sidney said, “and I’m always thinking about when I’m going to move back,” even though, she admitted, her return is unlikely. (On trips back to the city to visit family or drop off her kids at summer camp, there is always a food agenda: a real bagel and a good slice of pizza.)

The felt pieces are reminders of the people and culture that defined the gritty, artsy, intense, version of New York that existed in Sidney’s adolescence. They insist that New York can never die, even through a pandemic, even if you move across the country.

New York Never Felt So Good is on view at Eerdmans New York until Nov. 6.