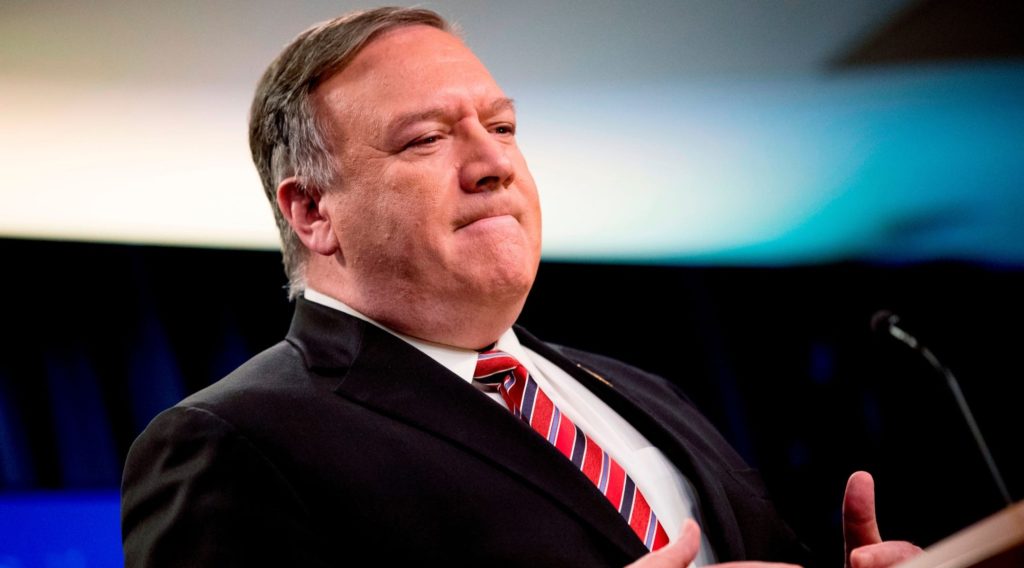 WASHINGTON (JTA) — A bipartisan letter signed by the vast majority of members of the U.S. House of Representatives urged Secretary of State Mike Pompeo to pursue diplomacy in extending the international Iran arms embargo.

The letter, initiated by the top members of the House Foreign Affairs Committee — chairman Eliot Engel, D-N.Y., and ranking member Mike McCaul, R-Texas — warns of “disastrous consequences” if a U.N. embargo is allowed to expire in October and urges the administration to work with allies to extend its provisions. Pompeo has said the United States is considering responding to the expiration by unilaterally restoring a broad array of international sanctions suspended under the terms of the 2015 Iran nuclear deal.

The letter has so far garnered 384 signatures in the 435-member House, a congressional official told the Jewish Telegraphic Agency. It is set to be sent on Monday.

“We are concerned that the ban’s expiration will lead to more states buying and selling weapons to and from Iran,” says the letter obtained Friday by JTA. “This could have disastrous consequences for U.S. National security and our regional allies.”

“We urge you to work with allies and like-minded partners, including through a new U.N. Security Council resolution, to extend these provisions in order to prevent Iran from buying and selling weapons,” said the letter, which is backed strongly by the American Israel Public Affairs Committee.

Pompeo has said the United States may unilaterally trigger the “snapback” option in the 2015 Iran nuclear deal, which would restore a broad array of international sanctions because Iran is not complying with the deal. The snapback provisions apply to all parties to the deal once they are triggered by a single party. Pompeo is also open to working with allies to extend the embargo through other means.

The official told JTA that building trust among allies would put the United States in a better position to negotiate a new nuclear deal with Iran. The 2015 deal traded sanctions relief for a rollback in Iran’s nuclear program. President Donald Trump and other critics said it was weak because it had conditions that lapsed after a number of years and because it did not address Iran’s missile program.