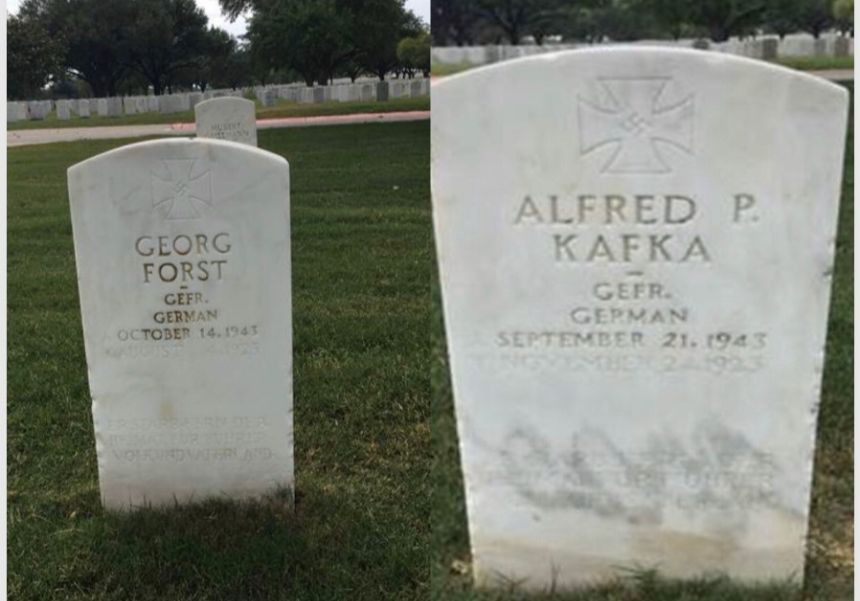 (JTA) — Lawmakers from two House committees used Memorial Day weekend to call for the removal of gravestones from a military cemetery that are inscribed with Nazi symbols and sentiments.

The four lawmakers sent the bipartisan request to Veterans Affairs Secretary Robert Wilkie in a letter Sunday. Tbey include the top Democrat and the top Republican on the powerful House Appropriations Committee.

There are an estimated 860 World War I and II-era German POWs buried in 43 cemeteries across the United States.

“Allowing these gravestones with symbols and messages of hatred, racism, intolerance, and genocide is especially offensive to all the veterans who risked, and often lost, their lives defending this country and our way of life,” the lawmakers wrote. “It is also a stain on the hallowed ground where so many veterans and their families are laid to rest. Families who visit their loved ones, who are buried in the same cemeteries with the Nazi soldiers whom they fought against, should never have to confront symbols of hatred that are antithetical to our American values.”

“It is particularly troubling that VA’s refusal to replace these offensive headstones comes at a time when documented anti-Semitic incidents in the United States have reached a new high.”

In a previous request from Wasserman Schultz, who is among the most senior Jewish Democrats in Congress, the VA responded that the headstones cannot be replaced because the National Historic Preservation Act of 1966 requires federal agencies to protect historic resources.