Kosher winery damaged as wildfires rage on in Northern California 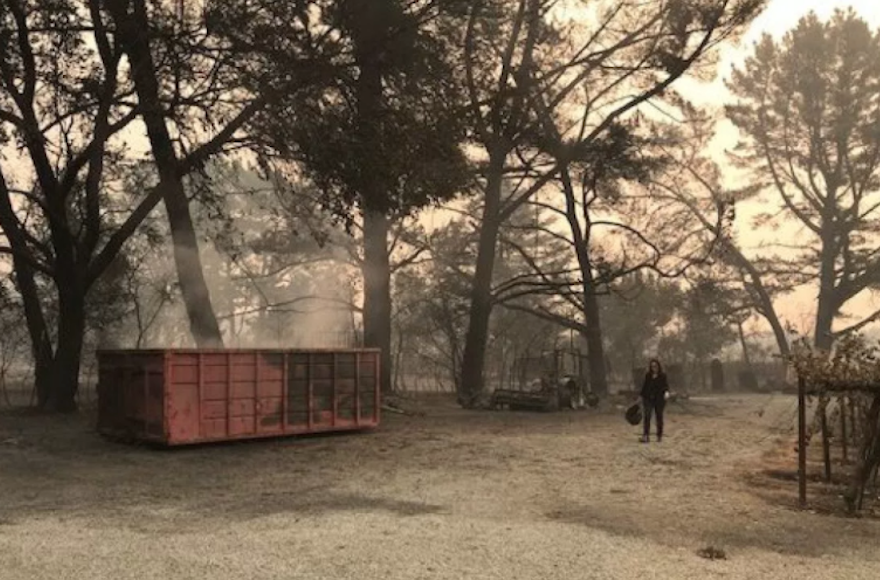 Ernie Weir, owner of Hagafen Cellars, the North Bay’s only kosher winery, said Wednesday that all employees are safe and the main winery building is intact, but that the fire destroyed fencing, all of the agricultural equipment, a guest house, nearly an acre of Cabernet Sauvignon vines and all of the property’s trees.

“What this all will mean for vintage 2017 is yet to be determined,” he wrote in an email. Weir said he is “reasonably certain” that the winery will be able to recover from the destruction “and continue” in business. The winery was founded in 1979.

As wildfires continue to rip through the North Bay Area, the Jewish community is reaching out to help those most affected by the devastation — including Jewish families who have been evacuated, some of whom have lost their homes.

There have been 17 confirmed deaths, dozens of injuries, and more than 2,000 homes and structures destroyed. The majority of the fatalities are from Sonoma County, where the city of Santa Rosa sustained heavy damage.

Rabbi Mendel Wolvovsky of Chabad of Sonoma has been fielding calls from members of his community and with his wife, Altie, has been visiting those affected. They are making the rounds of nearby shelters that are housing people displaced by the blaze and handing out home-cooked meals.

“There are people in our community who have lost their homes, who have lost everything they have,” he told J. “We have been visiting with them, comforting them, seeing what they need, making sure everyone has proper housing.”

“A lot of Jews live in the Fountaingrove neighborhood,” he said, referring to an area of Santa Rosa that has been heavily damaged.

Congregation Beth Ami in Santa Rosa is canceling its Sukkot celebration planned for Wednesday evening, and instead will hold a healing service at 6 p.m. in the synagogue. Four member families have lost their homes in the fires, according to an email sent to the community. 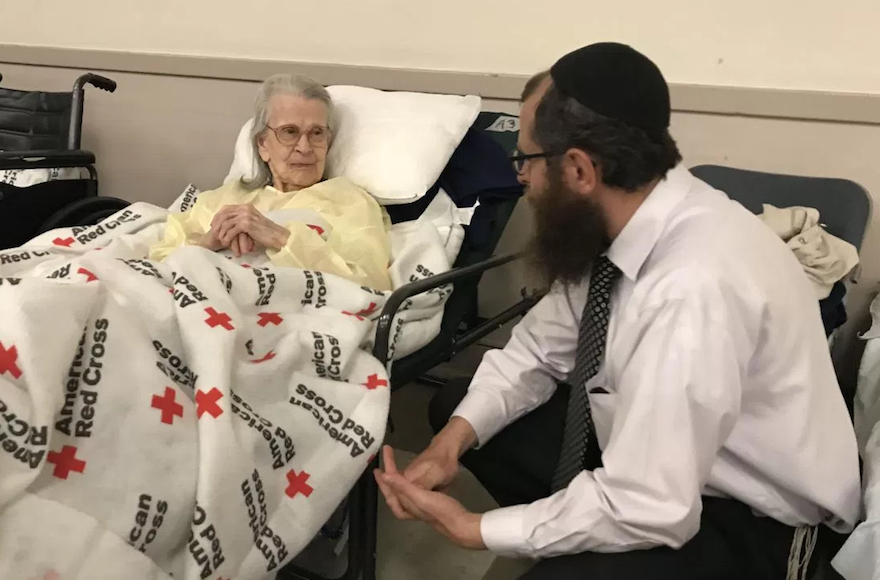 Chabad of Sonoma’s Rabbi Mendel Wolvovsky has been out visiting shelters, bringing food, comfort and other necessities. (Courtesy of Wolvovsky)

The B’nai Israel Jewish Center in Petaluma is holding a joint Simchat Torah celebration Thursday at 6:30 p.m. with Congregation Ner Shalom of Cotati. In an email sent to the general community, Rabbi Ted Feldman of B’nai Israel noted that several Ner Shalom families have taken shelter in the B’nai Israel building, not knowing whether their homes are still standing.

“This is a good time to bring our communities together to celebrate Simchat Torah and express our yearnings for healing in these difficult moments,” he wrote. “Even if Simchat Torah has not been on your agenda, I would propose your participation as an opportunity to help find each other’s strength as our community members struggle.”

The Jewish institution most affected so far by the wildfires was the Reform movement’s Camp Newman in Santa Rosa, where most of the buildings were reported destroyed on Monday afternoon. On Wednesday, the staff tried again to reach the property and assess the damage, but could not get near enough to tell.

“We couldn’t get within five miles of the property,” said communications director Alaina Yoakum. “The fires are still very active, and the roads are blocked.”

This Friday night, a number of congregations in the Bay Area and Los Angeles will be holding what they are calling Camp Newman Pop-Up Shabbat services.

“It’s a testament to the love in our community, their willingness to come together to support and help one another. I’m sure camp music will be playing this Friday in all corners of the Bay Area.”