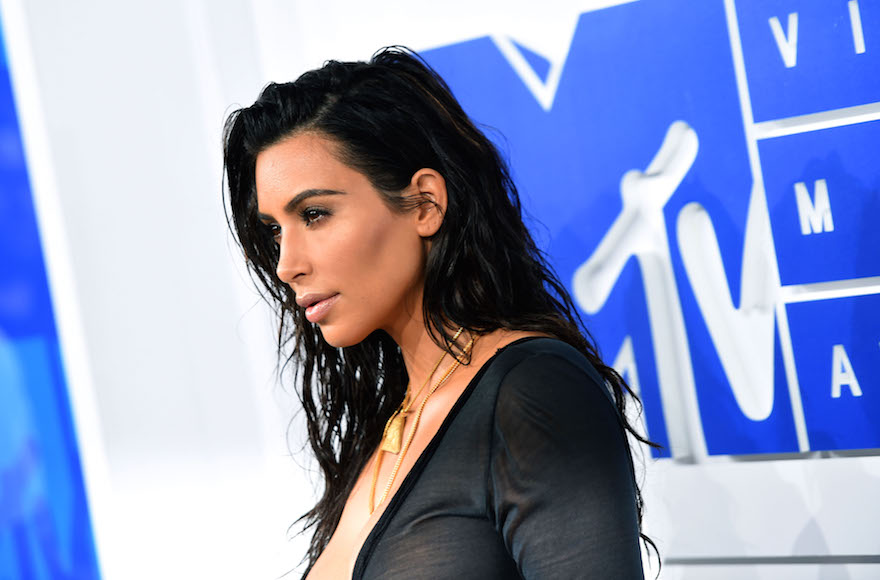 (JTA) — Kim Kardashian joined the drive to find a bone marrow donor for a 31-year-old Jewish father in Los Angeles, calling for help on her highly trafficked social media channels.

Adam Krief, a father of three from Israel, was diagnosed recently with primary myelofibrosis, a rare form of blood cancer that is likely fatal if he does not find a blood transplant match.

His story has been highly publicized over the past month, and a donor match drive is set to take place in Israel on Wednesday. Dozens of locations across the country will be holding saliva swab tests in the hope of finding someone with Krief’s rare blood type.

Kardashian, star of the reality show “Keeping Up With the Kardashians” and husband of rapper Kanye West, wrote on Facebook Monday night that her friend’s daughter goes to school with Krief’s son Joel.

“My best friend Allison’s 2 year old son is in school with a little boy called Joel, and his dad Adam needs our help! He is 31 and a father of three who was recently diagnosed with an aggressive blood cancer called primary myelofibrosis. He is desperately searching for a bone marrow match to survive, and you could be that match!!” Kardashian wrote.

The post urges: “Go to Hope4Adam.com now to find out how you can help!!”

Go to https://t.co/NEh8CLCwRD now to find out how you can help!! Xo