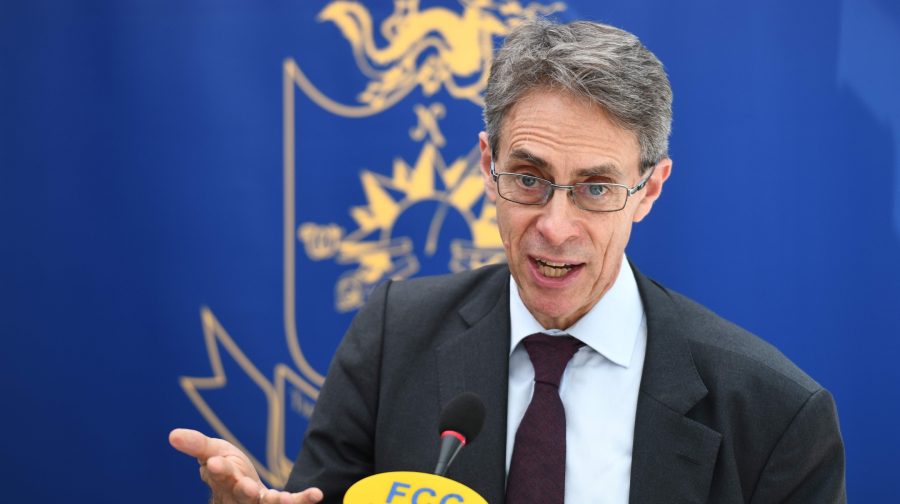 Roth, who is 66, emphasized in a video he posted Tuesday to social media that the decision was his. “As I’ve been telling my colleagues for a while now, nothing can last forever,” he said. “I have concluded it is time to pass the baton.”

He has led the organization since 1993 and oversaw its expansion, according to a release from the group, “from a staff of about 60 with a $7 million budget to 552 covering more than 100 countries and a nearly $100 million budget.”

A rift between the group’s founder, Robert Bernstein, and Roth made headlines in 2009 when Bernstein accused Human Rights Watch under Roth’s leadership of unfairly singling out Israel.

In a New York Times op-ed, Bernstein said the group he founded had “lost perspective” when it came to Israel. “In recent years Human Rights Watch has written far more condemnations of Israel for violations of international law than of any other country in the region,” Bernstein said.

The group responded at the time by saying Israel, like the United States and other democracies, was not immune from criticism and that Israel got proportional attention. Israel “is a tiny fraction of Human Rights Watch’s work as a whole,” the group said.

Bernstein’s critique came just after the publication of a United Nations report on the 2009 Gaza war that alleged Israel had committed war crimes, citing reporting by Human Rights Watch and other nongovernmental groups. Israel and pro-Israel groups lambasted the report.

Bernstein remained affiliated with the group until his death in 2019, but the tensions between Human Rights Watch and the pro-Israel community never abated.

Israel deported a Human Rights Watch staffer in 2019 and in 2021, the group accused Israel of practicing apartheid. The Conference of Presidents of Major American Jewish Organizations stopped just short of saying the apartheid designation was antisemitic. Apartheid, the conference said, had “no equivalence” with Israel’s “vibrant democracy where all citizens of rights and representation in the national legislature.”

Tensions between the Jewish organizational world and human rights NGOs, once bound at the hip, had been simmering at least since 2001, when Human Rights Watch and other NGOs would not speak out against verbal abuse and threats of violence endured by Jews attending a United Nations anti-racism conference in Durban, South Africa.

The group’s global reach has at times been obscured by reporting on its Israel criticism; it has been involved in a broad range of reporting on war crimes in Africa, Asia, Latin America, and in Europe and is currently one of the go-to groups in documenting Russian army atrocities in Ukraine. Much of its focus in recent years has been on China’s abuses; Roth’s Twitter biography says that he is proud to have been sanctioned by China.

Gerald Steinberg, the president of NGO Monitor, one of Roth’s most persistent critics, said Human Rights Watch’s biases on Israel overshadowed its other work. “By abusing HRW’s power and $129 million annual budget (as of 2021) to systematically single-out Israel and in applying double standards, instead of using these resources to address the worst human rights abuses, Roth has caused major damage to the principles embodied in the Universal Declaration of Human Rights,” Steinberg said Tuesday in a statement.

At times, Roth, a former federal prosecutor whose father was a Jewish refugee from Nazi Germany, seemed to focus on the Israel portfolio. In 2014 on Twitter, Roth framed a spike in antisemitism in Europe as coming “in response to Israel’s conduct in Gaza war.” Jeffrey Goldberg, writing in The Atlantic, called Roth’s framing “odd and obtuse.” “It is a universal and immutable rule that the targets of prejudice are not the cause of prejudice,” Goldberg said.

Israel’s rescue operation after a 2015 earthquake in Nepal earned the country Roth’s rebuke: “Easier to address a far-away humanitarian disaster than the nearby one of Israel’s making in Gaza. End the blockade!” he said on Twitter.

“When the executive director of Human Rights Watch criticizes the Israelis for providing humanitarian relief,” Steven A. Cook, a Middle East scholar who has been critical of Israli policies, wrote in Newsweek at the time. “it actually makes it easier to dismiss his criticism of Israel’s human rights record.”

Roth will leave Human Rights Watch this summer; no successor has yet been named.