Joseph Harmatz, leader of Jewish ‘Avengers’ of Nazis, dies at 91 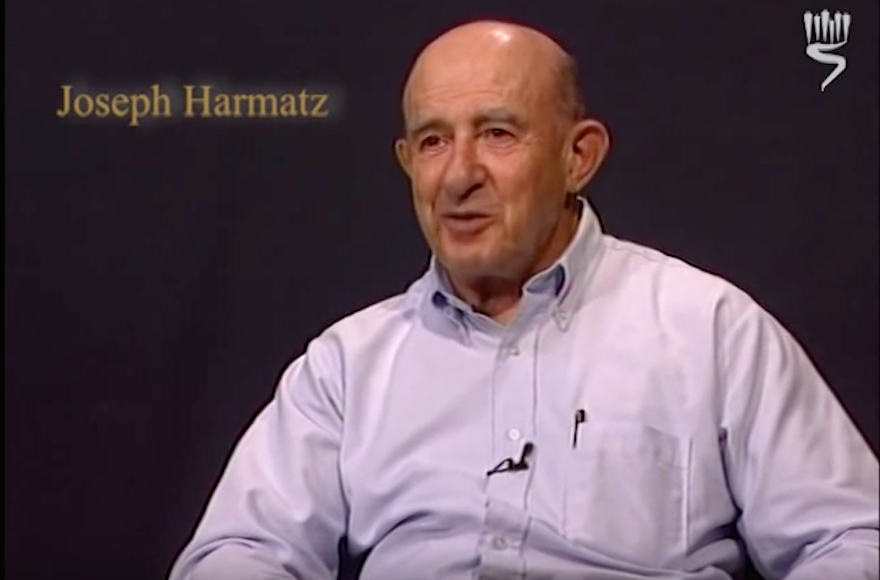 Joseph Harmatz was a member of the Jewish “Avengers” group, which sought to take revenge on Nazis after the Holocaust. (Screenshot from YouTube)

(JTA) — Joseph Harmatz, a Holocaust survivor who led a group of Jews seeking to kill Germans in revenge for the Holocaust, died.

Harmatz’ death was confirmed on Monday by his son, Ronel, according to the Associated Press. Harmatz was 91.

He was a leader of the Jewish “Avengers,” or “HaNokmim” in Hebrew, a group of approximately 50 Holocaust survivors founded by Israeli poet Abba Kovner in order to take revenge on Germans for World War II.

Harmatz, who was born in Lithuania, was one of the last surviving group members who carried out a poisoning of Nazi SS officers in an American prisoner-of-war camp in 1946.

Over 2,200 Nazis fell sick, but no one is known to have died from the poisoning. When Harmatz proposed to Jewish leaders in pre-State Israel a plan to kill as many Germans as Jews who died in the Holocaust, figures like David Ben-Gurion were said to be appalled.

“We didn’t understand why it shouldn’t be paid back,” he told the AP last month about the group’s motivation. Harmatz, who lost most of his family in the Holocaust, added that his goal had been to kill “as many [Germans] as possible.”

After World War II, Harmatz immigrated to Israel, where he worked for the Jewish Agency for Israel and served as director general of World ORT, the network of Jewish-sponsored vocational institutions.