Joe Biden to be honored by World Jewish Congress 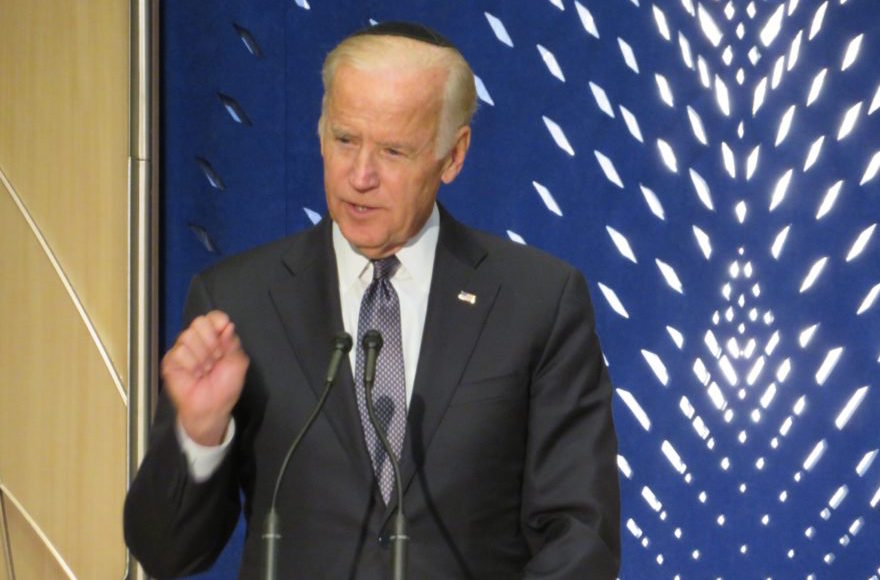 (JTA) — Vice President Joe Biden will be honored by the World Jewish Congress with an award named for the founder of political Zionism.

On Wednesday, Biden will receive the organization’s annual Theodor Herzl Award, “which recognizes outstanding individuals who work to promote Herzl’s ideals for a safer, more tolerant world for the Jewish people,” WJC said in a statement.

The award will be presented at New York’s Pierre Hotel by former Secretary of State Henry Kissinger and WJC President Ronald Lauder. Kissinger will introduce Biden.

At the same event, actor Kirk Douglas will be recognized with the inaugural Teddy Kollek Award for the Advancement of Jewish Culture. Actor-director Michael Douglas will accept the award on behalf of his father.

Lauder praised Biden in a statement.

“Over the course of his more than four decades in service to this country, Vice President Biden has proven that he is a true friend of Israel and the Jewish people, a leader in the fight against  anti-Semitism, and a champion of human and civil rights for all,” Lauder said. “He has stood out over the last eight years in his devotion to ensuring that America and Israel remain close allies. When he leaves the White House in just a few months, I am confident that his commitment to both Israel and the Jewish community will remain as strong as ever.”

Kissinger is among previous recipients of the award. Others include the late Israeli President Shimon Peres; Elie and Marion Wiesel; another former secretary of state, George Shultz, and, posthumously, Ronald Reagan.