This piece originally appeared in Alma.

When it comes to celebrating Hanukkah, you probably think about lighting the menorah, playing dreidel (or maybe not, does anyone actually play dreidel?) and eating so many latkes that your stomach burns in sweet agony.

But did you know that there’s a special Hanukkah tradition — Eid Al Bnat (The Festival of Daughters, in Judeo-Arabic) or Chag HaBanot (in Hebrew) — that women and girls from North Africa’s Jewish communities have been celebrating for centuries?

In Jerusalem last year, I joined a group of women of Middle Eastern and North African backgrounds who gather regularly to study their heritage with an organization called Arevot, and we held an inspiring Eid Al Bnat celebration, with a focus on how to bring it back into our own communities.

It’s a beautiful tradition that more people should know about, so let me break it down:
Origins of the holiday
Celebrated on the Rosh Chodesh (New Moon) of Tevet (one of the Hebrew months where Hanukkah takes place) in communities in North Africa and elsewhere, particularly the islands of Djerba and Tunis in Tunisia, Algeria, Salonika in Greece and Kushta (Istanbul) in Turkey, this day is filled with historic connections to powerful Jewish women. The festival takes the form of ceremonial gatherings featuring symbolic rituals, delicious treats and traditional songs, all focusing on bringing together generations of mothers, daughters, aunts, sisters and the extended community.

The stories of Hanukkah and the ladies therein are often retold only as the story of Judith, the brave widow who fake-seduced the Greek-Syrian general Holofernes, fed him salty cheese and got him drunk on wine, then calmly beheaded him. The soldiers freaked out, the Maccabees won the battle and the rest is quite literally history.

But there’s another, lesser known story of a brave woman not named except as “the daughter of the Hasmonean, Yohanan the High Priest,” who lived in Judea (AKA modern day Israel) during the time of the Maccabees. Among the anti-Jewish edicts of the time, the invading governor insisted on sleeping with every virgin woman the night before her marriage, and this carried on for almost four years. On the night of the high priest’s daughter’s marriage, as she was about to be carted off to the governor’s chamber for the night, she uncovered her hair, ripped open her clothes, and exposed herself to all.

Amid cries of “send her off to be burned!” she turned to the crowd and said something along the lines of, “Are you kidding me? You think this is me being exposed — before my brothers and friends — but it doesn’t bother you that I’m about to be exposed before this foreign invading governor, sacrificing me to him?”

Her brothers, the Maccabees and Co., realized it was time to go off and kill the ruling governor. She got herself fancy and had herself escorted with dancers and musicians straight to the governor’s palace. Seeing the priestly family all caught up in this pseudo-wedding, the egomaniac governor let them right in, imagining they were handing off their daughter with voluntary joy. They utilized the opportunity to behead him and all his servants, which eventually helped bring the Maccabees to victory. The power of this woman’s vulnerability, honesty, and using her voice at just the right time is a fascinating tradition that we celebrate on this night.
How to celebrate
Like every tradition that gets passed down from generation to generation, there’s always a new flourish or nuance between how your grandma did it and how my aunt likes to do it.

In some communities, women visited the synagogue (not a thing that was usually done!) and kissed the Torah scrolls and were blessed by the rabbi; in others they cooked and baked a festive meal together, and then celebrated all night. Sweet traditional foods were prepared and gifted in baskets to mothers, daughters, or mothers-in-law, prayers were shared, and songs were sung. Overall, though, the key components always include lighting the Hanukkah candles, lots of music and dancing, and the opportunity to create intimacy and community with women.

A song or piyyut often begins the night, followed by lighting the Hanukkah candles. Piyyutim are liturgical poems written in Hebrew that are sung in incredibly complicated and deeply moving Arabic maqam (a system of melodic modes). For those of us without the ability to improvise our way through epic Hebrew poetry, you can pick out a song that is meaningful to you and that women can sing together. After that, the women traditionally recite a blessing of “Mi Shebeirach Imoteinu,” or, “May the One who blessed our Mothers bless us.” It’s a refreshing change from the often male-gendered liturgy, and a cool opportunity to improvise your own prayer and gratitude for the women who came before us.

Next comes the chance to go around and get to know everyone, so pull out your best summer camp ice-breakers and find creative ways to put everyone at ease. It’s beautiful to encourage every woman to name their mothers and grandmothers as well, lighting a candle for each one in the center of the table, bringing our personal histories into the circle.
A communal bat mitzvah
One awesome tradition is the presentation of the bat mitzvah girls of the year — consider it our very own debutante ball, but this time, it’s up to the moms and aunts to cheer, bless, and generally love up these young girls as newcomers to the women’s circle. It’s also traditional to prepare foods together, like the North African favorite sfenj — think jelly doughnuts meet churros drizzled with honey — or honey cakes and cookies, or a potluck dinner. Mishloach manot — gifting packages of food and treats — is also part of the Eid Al Bnat tradition, so the Jewish mom Tupperware buffet is a must at this party! 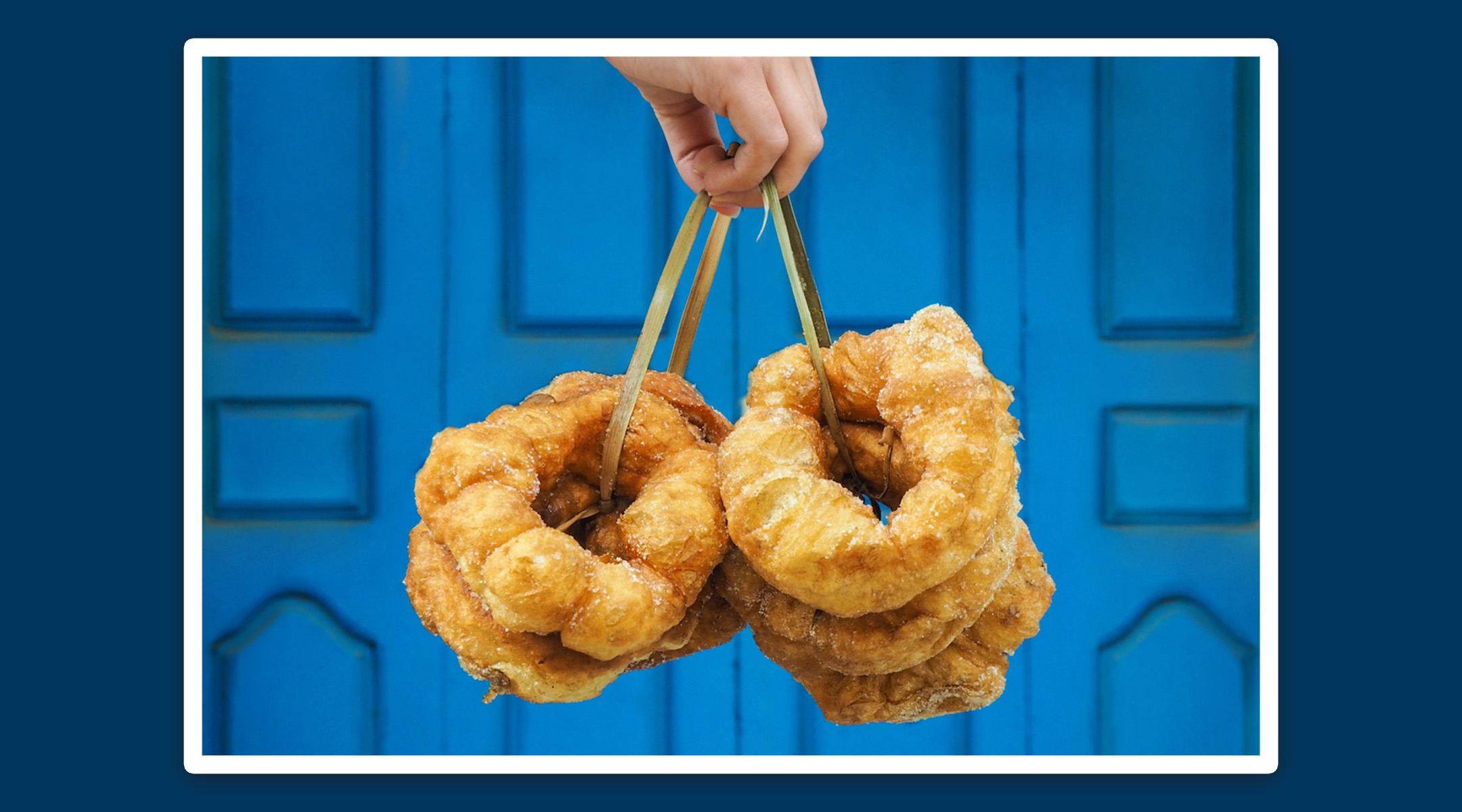 The power of women’s circles
Since this festival is based on the stories of Judith and the daughter of Yohanan the Hasmonean, it’s important to tell, read or act out their stories, reflecting on the power of women. It’s also a good time to share the history of the holiday, passing on wisdom from generation to generation and sharing the customs across different cultures.

Women’s groups have a natural intimacy, so it’s fun to play with the format and find ways to connect. In Jerusalem, we played a game that asked each woman to share a tip or a gift with another, which included everything from womb meditations to honeybee secrets to how to cope with mourning a loved one. You can share poetry, songs or just the best thing your mother ever taught you.

Whether you share stories, get vulnerable, cook up a storm, or dance the night away, this night is for us all to celebrate the power of the ladies in our lives, and the bonds that keep us strong in the face of struggle.