Jewish schools have reopened in the Netherlands, but some worry that their security is compromised 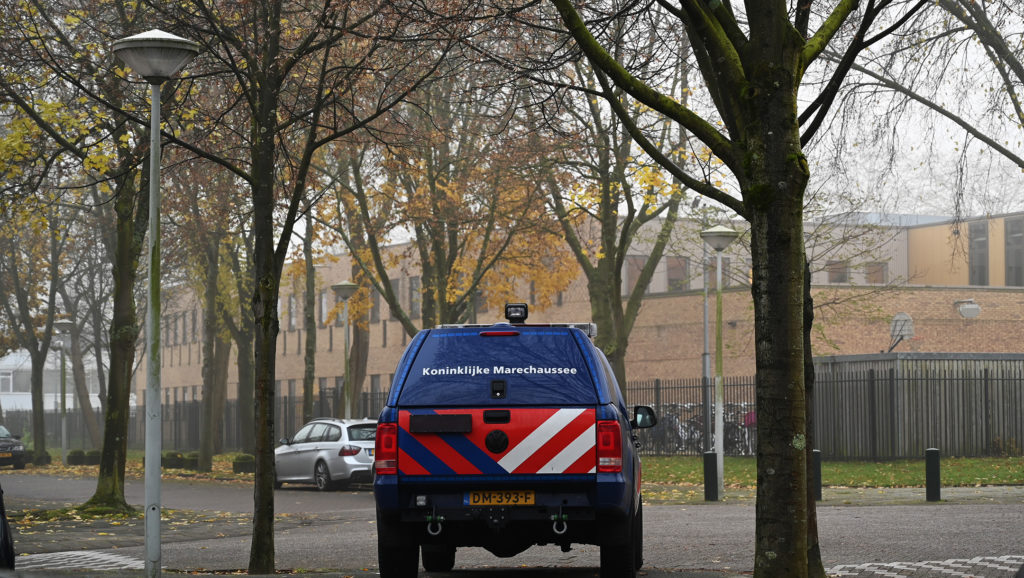 AMSTERDAM (JTA) — The Dutch government’s decision to reopen the country’s schools came none too soon for Channa Feige, a mother of nine who teaches Torah at a Jewish elementary school here.

“It was very cozy and full of togetherness, but it was also tough,” Feige, 44, said of the two-month shutdown of schools in the Netherlands. “It’s good to be returning to normal.”

The reopening this month — one of the first such moves by any European government – brought her relief from supervising her own children’s education under lockdown. It also let her return to her cherished colleagues at Cheider, a prestigious institution favored by the city’s most strictly observant Jews.

But the new normal at Jewish schools here is not what it was before the shutdown. Social distancing and other coronavirus protocols have introduced dramatic changes that are likely to recur elsewhere, including in the United States and United Kingdom, when Jewish schools reopen there.

Furthermore, in Europe, where Jewish schools are guarded with thick gates and security guards, the new precautions being implemented in the Netherlands point to a new and specific problem: Should the buildings’ gates be left open in an effort to minimize COVID-19 exposure, or does that compromise security to a dangerous extent?

At Cheider, whose elementary division reopened partially on May 11, teachers are now separated from students by plastic sheets that hang from the ceiling and divide the classrooms.

“It’s difficult, you can’t walk around and the pupils can’t show you their notebook, for example, unless they press it up to the sheet,” Feige said. “It’s almost unworkable.”

All of the Netherlands’ Jewish schools are located within the space of two blocks in Buitenveldert, a southern and leafy neighborhood of Amsterdam with large 1970s residential buildings that are sandwiched between the Amsterdam Woods and the Amstel Park.

This capital city’s two elementary schools — Cheider, which has 110 students, and Rosj Pina, with 270 students — have significantly slashed classroom hours for students. (The high school, Maimonides, has yet to reopen.) The cut, mandated by the Education Ministry, is designed to halve the number of students staying in one classroom at any given time in order to better observe social distancing and curb the spread of COVID-19.

Parents also are not allowed to enter schools. Instead, faculty members greet the younger students and escort them into the classroom.

At Rosj Pina, a time-slot system was required to coordinate parent and child traffic. But even at half capacity, pickup and drop-off times have had to be extended.

“When we looked at the space we have, we understood we needed to make changes to how children come in and leave,” said Jacqueline Brecher, the head of Rosj Pina. “There was just no way of keeping social distancing without those changes that take up a lot of time and effort.”

Security around Rosj Pina has changed in several ways, including some the school has declined to discuss, citing the safety of its students and faculty.

In the days immediately after the reopening, Rosj Pina’s main gate, a fortified metal grill that is normally closed, was kept ajar, presumably so that its surfaces would not be touched. Cheider also opened its gates.

Following the change, the streets where the two schools are located were closed for traffic during pickups and drop-offs as guards secured the entrance.

Feige said she’s confident that the new security arrangements provide the necessary safety. But Herman Loonstein, Cheider’s board chairman, conceded that “the need to prevent infection has added a layer of complexity to the need to provide security to Jewish institutions.”

Robust security at schools and other Jewish institutions across Europe has been in place since a spate of terrorist attacks over the past couple of decades. In 2012, an Islamist killed four people — three children and a rabbi — at a Jewish school in Toulouse, France. Last year, police in Germany arrested an armed man whom witnesses said had tried to enter a synagogue in the city of Halle. Kept at bay thanks to a newly installed reinforced door, he killed two people at a nearby kebab restaurant.

Ophir Revach, the CEO of the European Jewish Congress’ Security and Crisis Center, wasn’t thrilled to hear of the change in the portal policy of Amsterdam’s Jewish schools.

“I don’t know the specifics in Amsterdam but to us, an open gate, an open door, that’s not an option,” he said.

This tension is manifesting itself elsewhere in Europe, too. In Italy, the government allowed synagogues to reopen on the condition that they keep their doors open to improve airflow, said Milo Hasbani, the president of the Jewish Community of Milan.

In Amsterdam, the changes in security arrangements haven’t been convenient for teachers, parents and the neighborhood’s residents, but they work, Brecher said.

“Right now, as things stand, I feel we can provide a safe environment,” she said.

Brecher, who has worked as Rosj Pina’s director for a year and a half, is worried about the Dutch government’s decision to bring schools back — including the Jewish ones, which are public but mostly run by Jewish community members — to normal capacity on June 8.

“I feel less comfortable about the return to full capacity because we don’t have a lot of information on what this means in terms of risks,” she said. “But we’re preparing for it nonetheless.”

The emotions of returning

Children at Rosj Pina are still getting used to their return to school, Brecher said.

“They were kind of timid and quiet in the first week back, which is pretty unusual for our kids,” she said. “Now they’re already beginning to act more lively, but there’s some adjusting to the insecurity around the whole situation.”

All of the Netherlands’ schools began giving interactive online lessons on Zoom and Microsoft Teams within days of the shutdown, lending out tablets and laptops to families that needed them. Outside the Jewish education system, many other schools in the Netherlands took two to three weeks to produce short, non-interactive videos for homebound students.

All parent-teacher meetings, teacher staff meetings and some classes continue to take place online at Dutch schools to reduce the chances of infection.

“Our kids didn’t have the attention span to sit through all the virtual classes that Rosj Pina offered,” said Ruti Dankner, a mother of two elementary-age children from Israel who settled in the Netherlands two years ago. “We gave them a pass on some stuff.”

“I wanted school to begin because I missed my friends. It’s great that it’s back,” she said. “But there’s no need for more hours at school. The way it is works great for me.”