Jewish officials push back against Trump plans for security grants 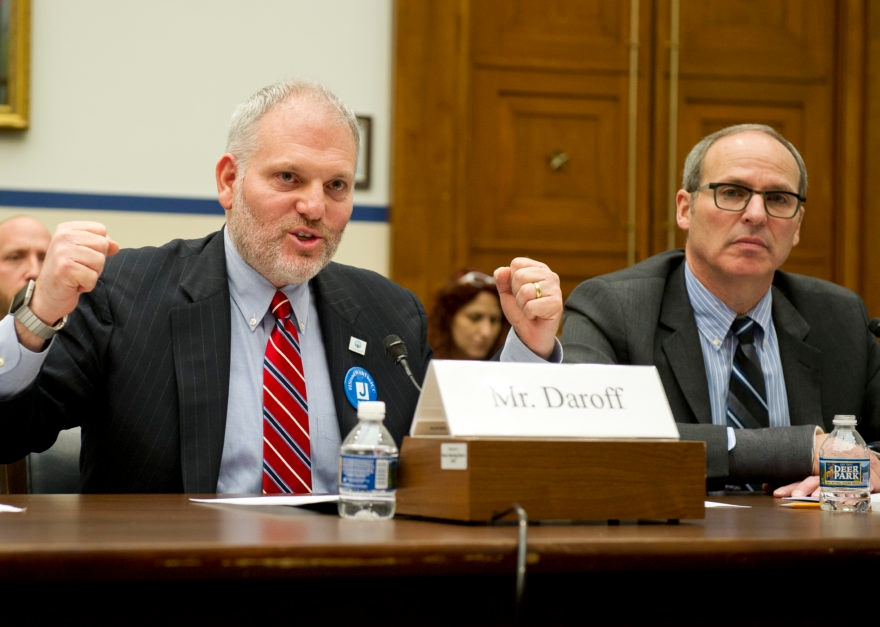 WASHINGTON (JTA) — Citing the recent increase in threats to Jewish institutions, Jewish community officials urged Congress to preserve a security assistance program for non-profits that could be threatened under President Donald Trump’s budget.

“Congress should consider ways to strengthen the program rather than dismantle it,” William Daroff, the Washington director of the Jewish Federations of North America said Thursday in testimony to a House subcommittee.

Congress currently funds the program at $20 million per year. The vast majority of funds have gone to Jewish institutions since the program was launched in 2005, providing the non-profits with money for security upgrades, including barricades and security cameras.

Groups like JFNA – which lobbied for the program – oppose such a rollover, saying smaller non-profits would get lost in the competition for the funds. Former President Barack Obama also proposed a rollover.

“Keeping the programs separated and segregated serves the interests of the country,” Daroff said.

Republican lawmakers and the Trump administration argue that applicants for the preparedness grants must do more to show need.

In an interview Friday, Daroff said he anticipated vigorous resistance to the proposed preparedness grant cuts, from the Jewish community as well as first responders and from states and localities.

Although the majority of funds go to Jewish institutions,  in recent months Muslim institutions – with encouragement from organized Jewish groups – have also expressed an interest in the program.

“These cuts would be devastating,” Daroff said. “We oppose these cuts as well as any consolidation pf the nonprofit security grant program. This proposal would be received negatively in first responder community and by state and local governments.”

Daroff in his testimony noted the sharp increase in threats in recent months, most notably a wave of bomb threats called into Jewish community centers and other Jewish institutions.

“The threats have escalated to unprecedented levels in recent months,” Daroff said. “Since Jan. 1, at least 116 Jewish communal institutions, including community centers, schools, places of worship and others have received more than 160 bomb threats in 39 states. A growing number of Jewish cemeteries have been desecrated and dozens upon dozens of incidents of anti-Semitic assaults, vandalism, and graffiti have been reported.”

Also testifying was Michael Feinstein, the CEO of the Bender Jewish Community Center in the Maryland suburbs of Washington D.C. He said that Jewish community fund-raising alone could not provide JCCs with needed security funds.

“These funds have been critical for us,” Feinstein said. “We cannot raise enough money on our own and these funds make a tremendous difference for our JCC and other JCCs.”

Rep. Lou Barletta (R-Pa.), who chairs the subcommittee —  known as the House Transportation and Infrastructure Committee Subcommittee on Economic Development, Public Buildings, and Emergency Management — has said he understands the needs for the broader cuts, but he and other panelists of both parties appeared sympathetic to the appeal to preserve the nonprofit security grant program.

“The threats we are seeing against Jewish community centers across the country,” he said. “This is domestic terrorism and the full force of the law needs to be brought against the perpetrators,”