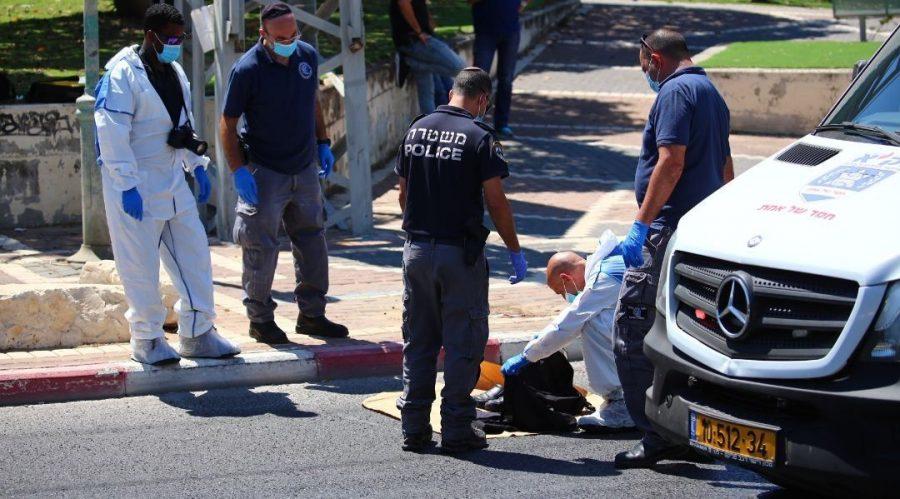 Israeli security forces at the scene of a stabbing attack in the central Israeli city of Petah Tikvah, where a man was critically injured by a Palestinian assailant on Aug. 26, 2020. (Flash90)

JERUSALEM (JTA) — A 39-year-old Jewish man was killed in a stabbing attack Wednesday afternoon in suburban Tel Aviv allegedly by a Palestinian assailant.

The incident took place at a bus stop in Petach Tikvah, in central Israel. The victim has been identified as a member of the haredi Orthodox community who lived in the city.

Police arrested the alleged attacker after he had fled the scene. He was holding a knife stained with blood when he was arrested, according to Israel Police spokesman Micky Rosenfeld.

The victim and the attacker reportedly did not know each other, increasing the suspicion that the attack was nationalistically motivated, according to Israel’s Channel 12 news.

The Israel Security Agency, or Shin Bet, said the Palestinian man had a work permit that allowed him to be in Israel. Police had said initially that the alleged attacker entered Israel illegally.