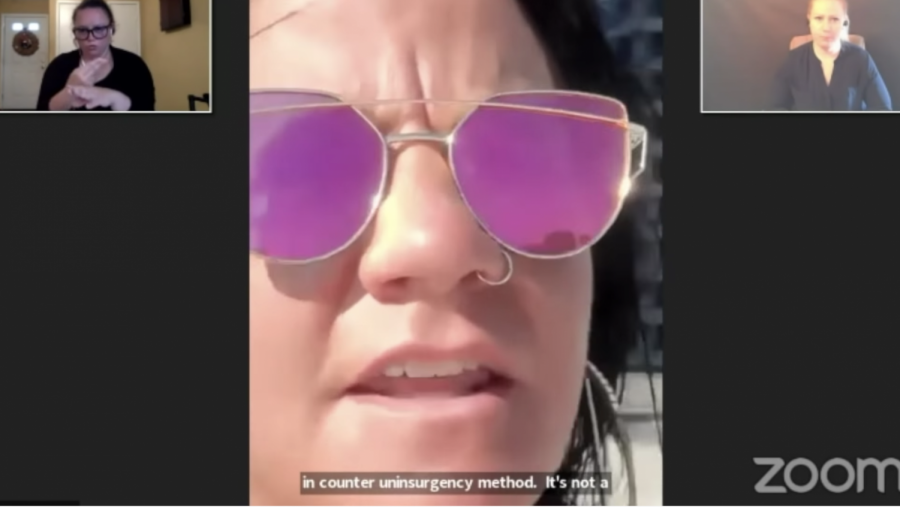 Jessica Krug, seen here testifying in a June New York City Council hearing, announced that she had adopted an Afro-Latina identity despite growing up in a white Jewish family. (Screenshot)

(JTA) — Jessica Krug, the George Washington University history professor who revealed that she had fabricated an Afro-Latina identity has resigned, university officials announced.

The announcement of Krug’s resignation on Wednesday came days after the university announced that she would not teach her fall classes as it investigated her decades-long deception, which she revealed in a Medium post.

“Dr. Krug has resigned her position, effective immediately,” M. Brian Blake, a provost and executive vice president for academic affairs, and Paul Wahlbeck, the dean of the Columbian College of Arts and Sciences, wrote in an email to the campus community, The New York Times reported.

“We hope that with this update our community can begin to heal and move forward,” the email also said.

Krug’s colleagues in the history department called for her resignation on Friday.

Krug grew up attending Jewish day school and a Conservative synagogue outside of Kansas City. In her post, she said that she had claimed various identities that she had no right to claim, including “North African Blackness, then U.S.-rooted Blackness, then Caribbean-rooted Bronx Blackness.”