JERUSALEM — Every year on Shavuot night, thousands of people pack Beit Avi Chai, one of this city’s most vibrant educational and cultural centers, for an all-night learning fest delivered by some of Israel’s top educators.

This year, with the building shuttered due to the coronavirus outbreak and the Israeli government’s limitations on gatherings, the center had to find a new way to make Shavuot meaningful. Because Beit Avi Chai is committed to ensuring that both secular and religious people feel comfortable participating, providing sessions on a platform like Zoom during the holiday wasn’t really an option.

“What we needed was a unique concept, an idea born in reaction to this period, that would enable as many people as possible to benefit from the treasure trove of Jewish ideas and Jewish study,” said David Rozenson, the Jerusalem center’s executive director.

Within a few weeks, Beit Avi Chai created Makom: A Virtual Shavuot Initiative. The program empowers participants not only to study on their own, but to lead or moderate study sessions in their homes or in small groups, as permitted by local authorities.

On May 21, a week before Shavuot, Makom began to provide more than 40 prerecorded classes, including many in English, by an array of Jewish educators, writers and cultural personalities. The aim is to draw a wide and diverse audience to engaging and substantive sessions.

Each class includes detailed source sheets, an explanation of words and terms, and a lesson summary, all presented in a printer-friendly format. Short explanatory videos demonstrate how to best utilize the online resources. Although anyone may access any class, the program is focused on three potential audiences: Hebrew speakers, English speakers, and teens and young professionals.

Tova Ganzel, who teaches Bible in the context of the ancient Near East at Bar-Ilan University’s Institute for Advanced Torah Studies, created a class for the Makom Shavuot initiative called “The Challenges of Prophecy: Does the Prophet Feel ‘At Home’ In His/Her Mission.”

Ganzel believes that this different way of learning has some advantages.

“Ever since COVID, my general mode of teaching at Bar-Ilan has been to first have students look at the text on their own, so I’m comfortable with the method,” she said.

While the Shavuot learning plan requires more initiative and independence by the participants, Ganzel said that in some ways it’s more substantial.

“You can’t fall asleep during a lecture and wake up for the punchline. Once you get beyond the new structure, you’re gaining a lot,” she said. “People will learn the skills to study on their own. When you learn the text without an intermediary, it gives people the opportunity to form their own impression, not through anyone else’s lens.”

Beit Avi Chai could have skipped Shavuot programming this year, Rozenson said, but the center “wanted to maintain the momentum” of Jewish learning on Shavuot — a trend that has grown exponentially in recent years among both religious and secular Israelis.

Until a decade or two ago, virtually the only people who participated in Shavuot learning were synagogue regulars. But that has changed dramatically both in Israel and the United States. 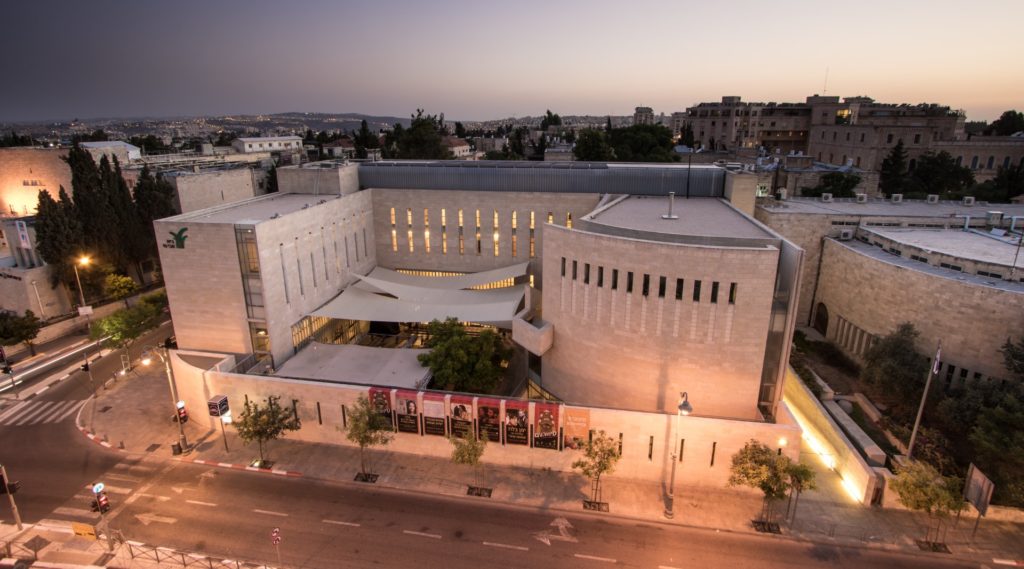 “There was a real change in Israeli society,” Rozenson said. “People began to appreciate that there may be meaning for them in Jewish studies and sources, and studying on the night of Shavuot took on some sort of magical allure.”

This interest in Jewish subjects had blossomed to the point where the streets of Jerusalem were overflowing with people eager to spend the wee hours of Shavuot night learning about Torah, Jewish history or even Jewish comic book creators.

Beit Avi Chai was one of the first Jewish learning centers around the world to recognize and tap into this newfound interest, especially among young, secular Israelis. It began offering an eclectic mix of Shavuot classes geared to the wider Israeli public, launching its first all-night Shavuot programming in 2008.

Since then, the programming has drawn thousands annually.

This year’s virtual program turned into an opportunity for Beit Avi Chai to spread the center’s Jewish learning beyond its walls.

“One of the things we understand is that challenging times also provide us with opportunities,” Rozenson said. “This year, we’re hoping to reach a far wider swath of Jewish people: outside Jerusalem, in Europe, the United States, among young people.”

Instead of offering Beit Avi Chai’s typical schedule of 16 or so in-person sessions on Shavuot night, Makom is offering 40 online learning modules. This necessitated an increased effort.

“It required much more from educators to prepare texts and sources, to record 10- to 20-minute videos and to create the many supplementary study guides,” Rozenson noted. “It was like creating a Jewish study curriculum for participants from a very wide range of backgrounds.”

Despite some early reservations, the center’s educators are enthusiastic about the results.

“It was so crowded, with lines of people outside, but you couldn’t have more than 500 or 600 people in the building. Sadly, we couldn’t serve everyone who arrived,” he said.

This year’s Makom program, Shinan said, “gives us the opportunity to reach so many more people around the globe. And instead of shouting my lesson to hundreds of people – because we don’t use microphones on Shavuot – I can reach as many people as are interested in my subject.”

If the virus is gone by next Shavuot, Shinan hopes Beit Avi Chai will consider offering both inhouse study and another Makom Virtual Shavuot Initiative.