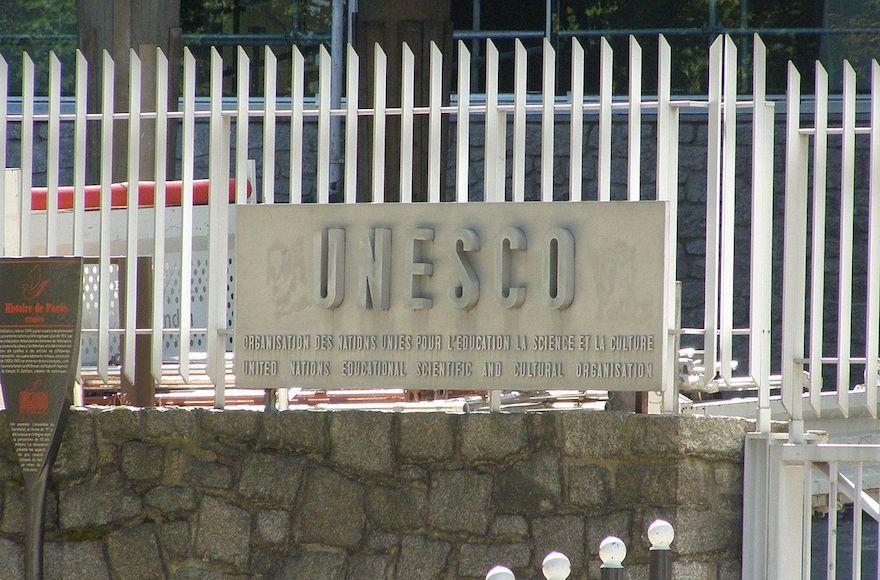 Marcy Oster
JERUSALEM (JTA) — Israel’s withdrawal from UNESCO has gone into effect a year after it officially notified the international body that it would leave.

Israel announced at the end of 2017 that it would leave the United Nations Educational, Scientific and Cultural Organization in solidarity with the United States, whose withdrawal also became official on Tuesday.It takes a year for the withdrawal to take effect.Israel and the United States will remain as observer states of UNESCO.Israel, which joined the body on Sept. 16, 1949, has nine cultural sites on UNESCO’s list of World Heritage sites, including Masada, Acre, the White City of Tel Aviv, and the Necropolis of Beit She’arim.In recent years, UNESCO has passed resolutions rejecting Israeli sovereignty over Jerusalem, and placed the Cave of the Patriarchs and the Old City of Hebron in the State of Palestine on the list of world heritage sites in danger. It frequently refers to the Temple Mount only by its Arabic name, Al-Haram al-Sharif.Between 2009-2014, UNESCO adopted 46 resolutions against Israel; 1 on Syria; and none on Iran, Sudan, North Korea, or any other country in the world.UNESCO’s new director-general, Audrey Azoulay, who is Jewish, has spent the last year lobbying for Israel and the United States to remain members.