The motor vessel, named Al Awda, or The Return, was contacted Sunday afternoon by Israel’s Navy about 49 nautical miles from the port at Gaza City in international waters and warned to stop or prepare to be boarded, the Freedom Flotilla Coalition said on its website.

The boat will be towed to the Ashdod port in southern Israel. The activists on board will be questioned and deported.

Al Awda is sailing under a Norwegian flag, carrying 22 people and a cargo of medical supplies, according to the website. There are people from 16 nations on board, including human rights supporters, journalists and crew, along with about $15,000 worth of medical supplies. The boat, a former fishing vessel from Norway, is a gift to Palestinian fishers in Gaza, according to the website. 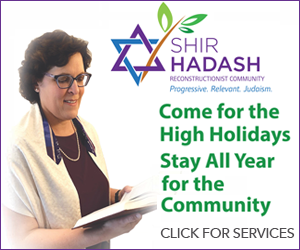 Four boats left Scandinavia in mid-May and have since stopped in 28 ports throughout Europe to garner support for the Palestinians in Gaza. It last stopped last week in Palermo, Italy, where the town’s mayor re-named a section of the port in honor of the late Palestinian leader Yasser Arafat. Two of the boats dropped out at Palermo.

The fourth boat, a Swedish-flagged yacht named Freedom, also is carrying medical supplies and supporters from several countries. It is scheduled to arrive in international waters near Gaza in about two days, according to the Freedom Flotilla.

From 2008 through 2016, international activists have sailed 31 boats to challenge the Israeli naval blockade of Gaza.

In May, Israel’s Navy stopped a boat carrying 17 Palestinians from Gaza that attempted to breach the maritime blockade of the coastal strip. It was the first public attempt to break out of the blockade and not into it.

In 2010, Israeli commandos killed nine Turkish citizens in clashes on the Mavi Marmara, that sailed with five others from Cyprus in an attempt to break the Gaza blockade.