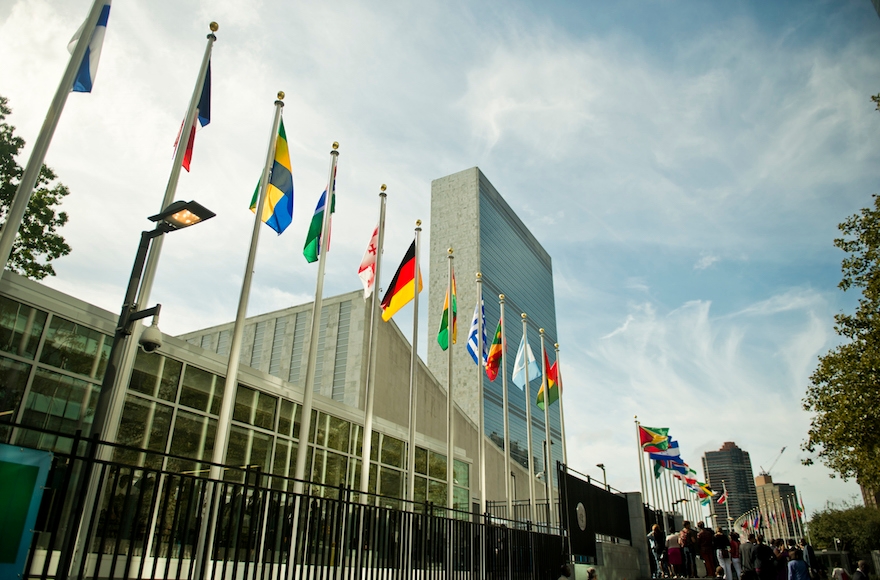 JERUSALEM (JTA) — Israel’s ambassador to the United Nations hopes to soon be eating kosher food in the cafeterias of the international institution.

Danny Danon, writing to Secretary-General Ban Ki-moon, said there are many U.N. employees and diplomats from around the world who observe kashrut, yet kosher food is not available in any of the cafeterias or restaurants in the U.N. headquarters in New York.

“For many Jews around the world, eating kosher food is a fundamental aspect of religious practice,” Danon wrote, according to Israel’s diplomatic mission at the United Nations. “We believe that all citizens of the world should feel welcome in the U.N.”

He also requested that the institution act to lower the high cost of kosher catering at the United Nations by allowing more kosher caterers to work at its headquarters. Danon said that the Israeli diplomatic mission, which only orders kosher food, is limited by the U.N. to one supplier and pays about 40 percent more than other missions who have a choice of caterers.

Danon said he would “work to ensure that the parliament of nations be open and respectful to the traditions of the Jewish people.”

In December, the United Nations announced that starting this year no official meetings will take place on Yom Kippur at the international body’s New York headquarters, and Jewish employees there will be able to miss work without using vacation hours.