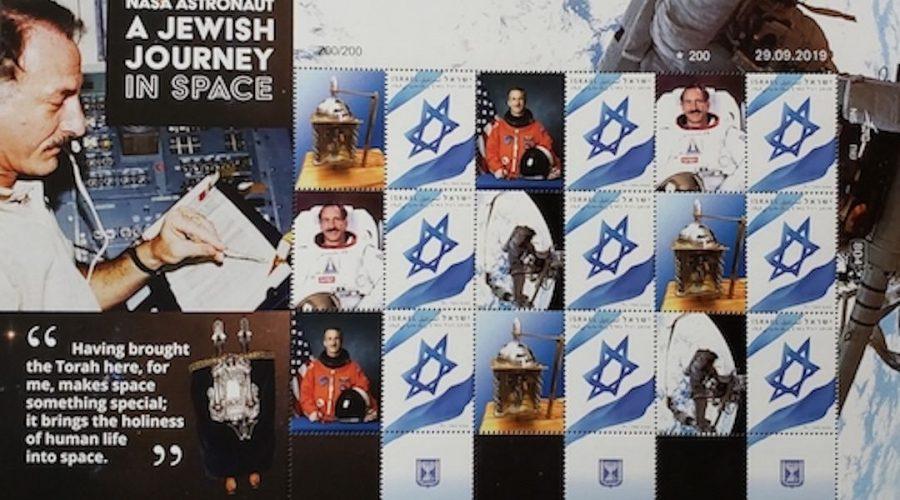 Israeli stamps showing Jewish-American astronaut Jeffrey Hoffman, who brought a Torah scroll along with him into space. (Space Torah Project)

(JTA) — A new set of Israeli stamps shows the first Torah that was flown in space.

The commemorative stamps also feature Jeffrey Hoffman, the astronaut who first brought the Torah into space in 1985, Space.com reported Monday. He was the first Jewish-American man to enter space.

The Israeli post office produced only 200 sheets of the stamps. Sheets are being sold online for $100 to $360. The proceeds will go toward the production of a film about Hoffman bringing the Torah into space.

“It kind of blows me away, to be honest. I’ve never been on a stamp before,” Hoffman, now a professor in aeronautics and astronautics at the Massachusetts Institute of Technology, told Space.com.

Hoffman brought a number of ritual items with him on that 1985 mission, including a mezuzah with a Velcro strip that he would attach to his bunk and a prayer shawl with weights to keep it from floating away in zero gravity.

He also brought a menorah to celebrate Hanukkah, although he was never able to actually light it aboard the spacecraft.