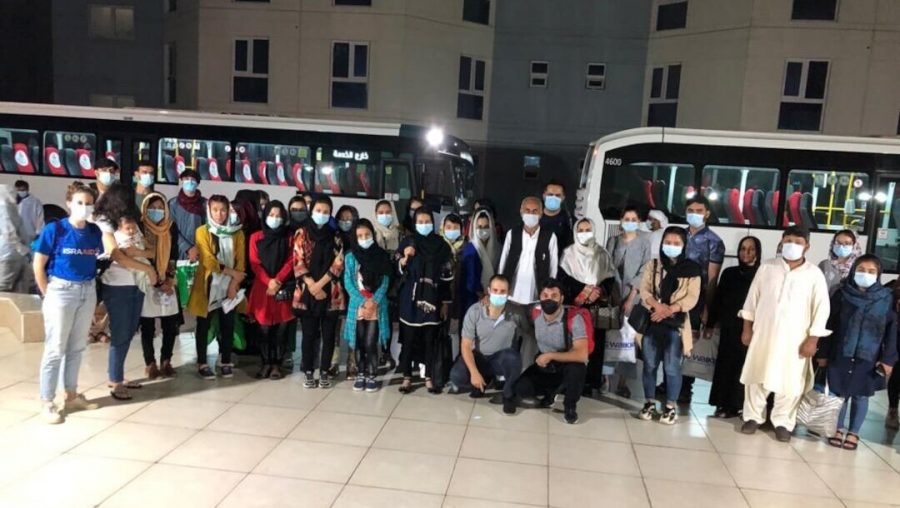 The rescue operation led by Aaron G. Frenkel, an aviation professional who had helped airlift thousands of Jews out of the Soviet Union, ended on Sept. 6, as 41 asylum seekers from Afghanistan reached Abu Dhabi in the United Arab Emirates. The Euro-Asian Jewish Congress detailed the operation in a statement Sunday.

Frenkel, who is the chairman of the Congress, teamed up with the group’s honorary president, Alexander Machkevich, and the Canadian-Israeli billionaire Sylvan Adams to extract the passengers from Afghanistan to neighboring Tajikistan.

The Israeli international humanitarian agency IsraAID and officials from several governments also were involved in the rescue operation.

“When troubling events such as the current situation in Afghanistan occur in the world, we have an obligation to act as leaders,” Frenkel said. “If it is within our power to provide assistance then it is our duty to come to the rescue of any human being.”

In the 1980s, Frenkel used his connections in the aviation industry to help the Jewish Agency airlift Jews out of Eastern Europe and the former Soviet Union prior to its collapse. Frenkel had served as Boeing’s representative in Eastern Europe and later established his own aviation group.