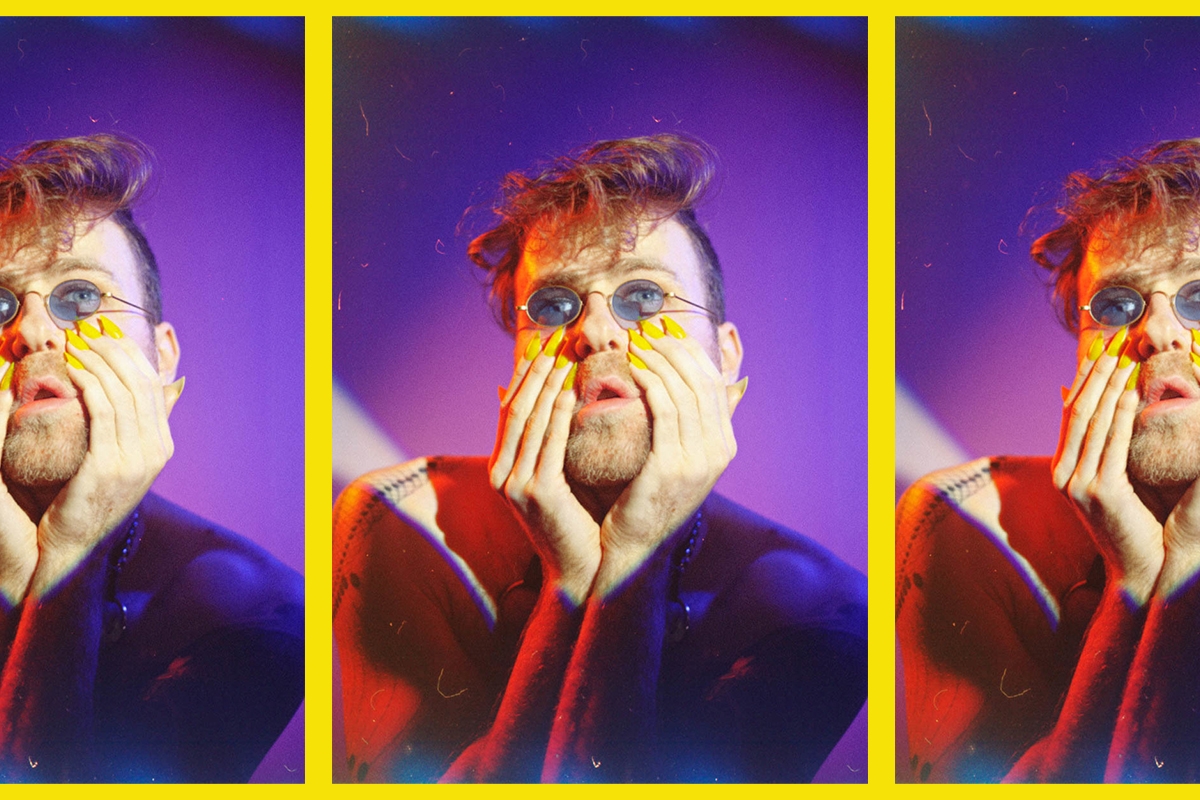 Queer Israeli musician Dov Eagle moved from Tel Aviv to New York at age 21, right after he was discharged from the Israel Defense Forces. It was a challenge adjusting to the city — Tel Aviv feels like a “small village” compared to New York City, but Dov, now 32, has made it his home.

He just released a new single, “Reciprocate,” off his upcoming EP, “It Feels Right” (coming out in July), and it’s a certified bop. Describing the style of the EP, Dov explains to me, it’s “alt-pop filled with queer stories, mixed with gentle electronica.” Hell yes.

Over email, we chatted about the move to America, his influences and his go-to karaoke song, naturally.

I noticed your social handles are all @dovisnotabird. Can you talk about why you chose this?

When I moved to NYC and told people my name, they all spelled it “Dove” since it sounds the same, so I decided to go with DovisNOTabird as a joke. Also just DOV was already taken 🙂

Why perform under DOV?

Music was a part of my life from the moment I was born. My mom has been a guitar teacher for over 30 years and I started playing music when I was 6. From a really young age I remember that all I wanted to do was music.

What was it like moving from Tel Aviv to Brooklyn? What made you decide to move?

Moving to Brooklyn from Israel was challenging. I moved four months after I got released from the army, so I was very young and had little money, so the struggle was real. I worked in a small Israeli-owned coffee shop/restaurant washing dishes five days a week and in my spare time, I played open mics around the city, especially in the East Village.

Before moving to NYC, I had visited the city twice, once when I was 11 years old with my family and the second time with the army. I served in a military band and we played a FIDF [Friends of the Israeli Defense Forces] gala in NYC. From the first time I visited, I fell in love with the city. I knew in my heart that this was my city and that I would be back as soon as I could move here.

What are the biggest similarities between Tel Aviv and NYC? Differences?

Tel Aviv, like NYC, is a fun, cosmopolitan city. It’s the center and heart of the arts, clubs, food, and more, so it felt very familiar in that sense. And just like Tel Aviv, NYC doesn’t really “represent” the U.S. at large. Both cities are almost completely independent and feel at times disconnected from the rest of the country.

Do you miss anything about the Tel Aviv music scene?

Sometimes I miss the coziness of a small scene. Everyone knows everyone and it’s a lot easier and less intimidating to collaborate with other musicians. Because Tel Aviv is small, the electronic music scene is very small, so there’s much more support from other artists, and at times it feels like a small community.

What are your biggest influences (musical or otherwise)?

It changes all the time. Right now I’m really influenced by politics and the degeneration of liberal democracies around the world, so I feel like my next work will be more about that.

Do your queer and Jewish identities overlap?

I grew up in a very liberal, semi-traditional Jewish family so sexuality was never an issue. Because of the Jewish values of acceptance and understanding, being a queer person always felt in line with my Jewish identity.

How are you holding up under quarantine?

Mostly I’m doing fine, I have my good and bad days. I’m really trying to use all the free time to do more music and create but some days I feel so uninspired and down, so I get aggressively high and watch a lot of TV — just to clear my head.

Kate Bush, “Running Up That Hill.”

What’s one thing you want people to know about you?