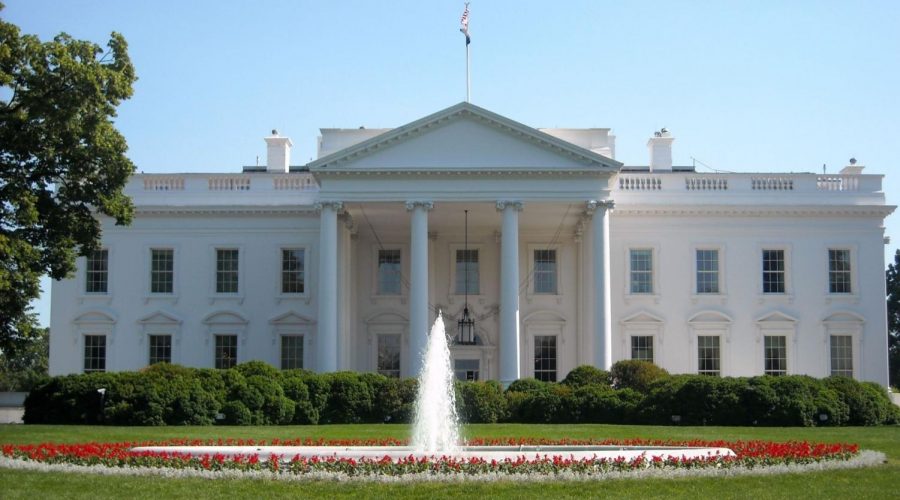 Cell-phone surveillance devices that were found near the White House and other sensitive locations around Washington, D.C. likely were planted by Israel, Politico reported on Sept. 12, 2019. (Ad Meskens / Wikimedia Commons)

(JTA) — Cell-phone surveillance devices that were found near the White House and other sensitive locations around Washington, D.C. likely were planted by Israel, Politico reported.

The article published online on Thursday, cited three unnamed former senior officials that Politico said have “knowledge of the matter.”

Unlike other times when flagrant incidents of foreign spying have been discovered on American soil, the Trump administration did not rebuke the Israeli government, and there were no consequences for Israel’s behavior, one of the former officials told Politico.

The devices, which fool cell phones into providing locations and identity information, as well as the content of calls, likely were intended to spy on President Donald Trump and his top aides, one of the officials said.

“It was pretty clear that the Israelis were responsible,” a former senior intelligence official told Politico. The sources said the FBI based its accusation of Israel on a detailed forensic analysis, involving other security agencies.

Efforts of foreign entities to spy on administration officials and other top political figures are fairly common.

One former official told the news magazine that there were “suspicions” that Israel was listening, saying that Israeli officials had a level of detailed knowledge “that was hard to explain otherwise.”

One of the U.S. officials acknowledged that the U.S. spies on Israel, too.