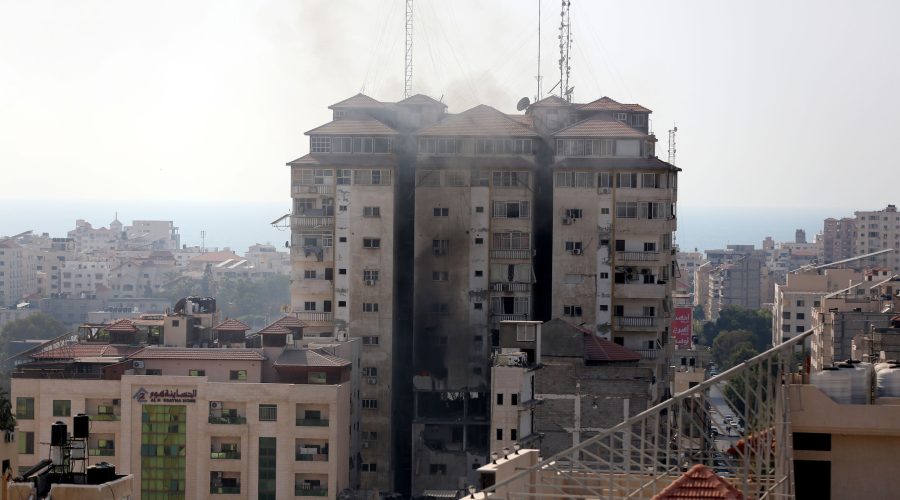 (JTA) — The Israel Defense Forces said it killed a senior Islamic Jihad leader on Friday during a series of air strikes on Gaza, in an offensive that officials on both sides signaled could result in danger within Israel.

The batteries for Israel’s Iron Dome missile defense system were activated in some places and an official within the Palestinian Islamic Jihad said the group will “have martyrs” in responding to the offensive that killed Tayseer Jabari, a senior commander of the group.

Palestinian Islamic Jihad, which promotes the military destruction of Israel and is regarded as a terrorist group by the United States and the European Union, confirmed Jabari’s death during Friday’s strikes.

The Palestinian Health Ministry said at least seven others, including a 5-year-old girl, were killed in Friday’s strikes. The Israeli army says it believes it killed as many as 20 people identified as terrorists in the strikes.

The PIJ has a presence in both the Gaza Strip and the West Bank. Israeli authorities arrested the group’s leader in the Jenin area of the West Bank, Bassam Saadi, in a deadly raid on Monday. Expecting violent retaliation, Israel immediately closed off much of the Gaza border, leading to days of simmering tensions.

The IDF has already given the new operation a name, “Breaking Dawn,” and termed it a “special situation” that extends government authority in times of conflict, signaling that the strikes could continue. The PIJ’s secretary general said the group will “have martyrs” in a “campaign,” according to Haaretz.

“This is a day destined for victory and the enemy must understand that there will be a war without surrender,” said Ziad al-Nakhala. “The resistance fighters must stand as one, we have no red lines and we no place to stop.”

Hamas, the militant group that governs the Gaza Strip and frequently engages in warfare with Israel, has not yet responded to Friday’s attacks. But Israeli Defense Minister Benny Gantz mentioned the group in a statement announcing the air strikes.

“To our enemies in general and to the leaders of Hamas and Islamic Jihad I say explicitly, ‘Your time is limited. The threat will be removed one way or another,’” he said during a press conference at a military post in Beersheba.

The last full-scale Israel-Hamas conflict lasted for two weeks in May 2021, leading to hundreds of deaths in the Gaza Strip and 14 Israeli civilian deaths.