In meeting with Jewish leaders, Rio’s mayor says city should be ‘walled like Jerusalem’ 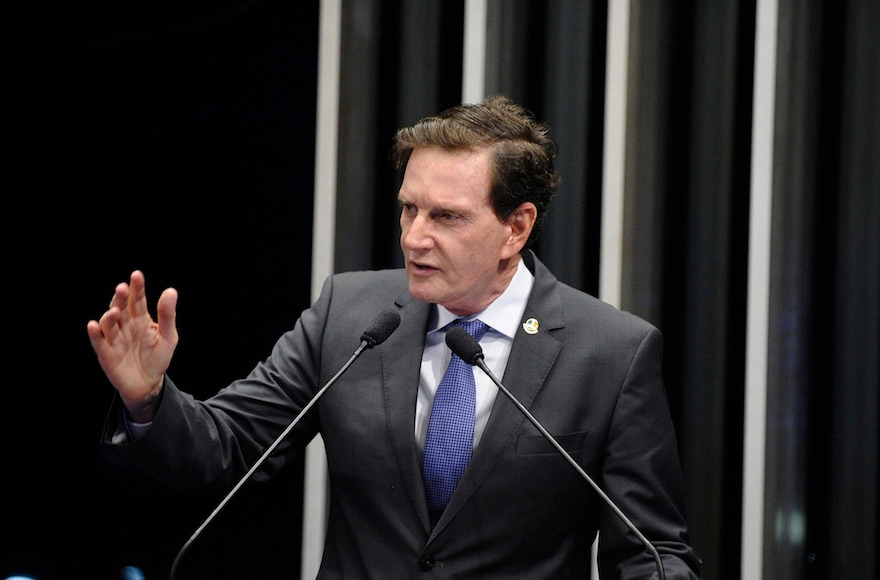 RIO DE JANEIRO (JTA) — The mayor-elect of Rio de Janeiro, Marcelo Crivella, declared that Brazil’s second largest city should protect itself like the city of Jerusalem.

The city should be totally surrounded by walls to prevent the entry of arms and drugs, the mayor-elect, who is a licensed Evangelical bishop, said.

“We are living during a deep moral crisis,” he said in reference to the recent wave of violence in the city. “It should be walled like Jerusalem.”

Crivella made the statement during a Monday meeting with Jewish and Christian leaders held at a large evangelical temple that houses a 736-square-meter mock-up of Jerusalem, which is considered the world’s largest outside of Israel.

Nathan Sharansky, chairman of the Jewish Agency for Israel, attended the meeting. During a short visit to Brazil, he announced that more than 700 immigrants from Brazil are scheduled to arrive in Israel by the end of the year, a 45-year record high for the South American country.

“He knew Rio’s new mayor was a prominent Evangelical leader and wanted to meet him. We chose the Jerusalem Cultural Center so that Sharansky could visit the replica of how Jerusalem was more than 3,000 years ago,” said Israel’s honorary consul Osias Wurman.

Marcelo Crivella, who was elected on Oct. 30, met Prime Minister Benjamin Netanyahu and Jerusalem Mayor Nir Barkat during a visit to Israel two weeks ago. As a senator, Crivella has maintained a pro-Israel stance, He claims to have visited Israel around 40 times.