In Argentina, a Jewish boxer defends her title 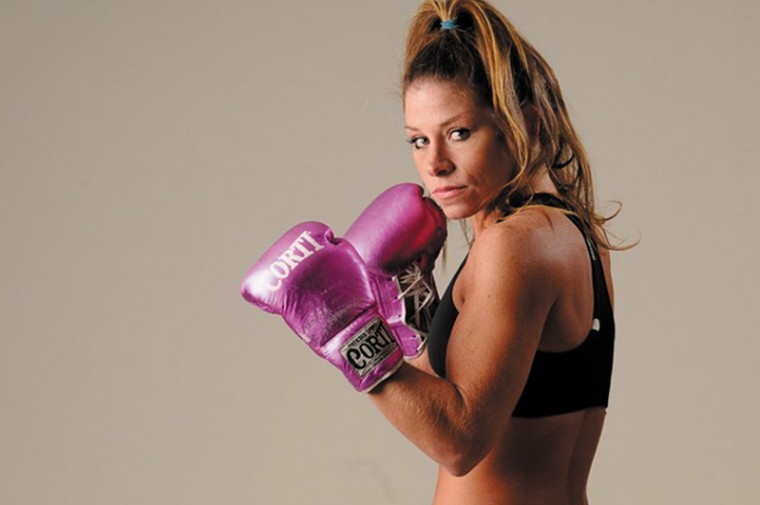 Carolina Duer, known as The Turk, will defend her boxing title tonight in Beunos Aires.

In many ways, Carolina Raquel Duer is a typical middle-class Jewish kid from Buenos Aires. She attended a Jewish day school, spent time working and traveling in Israel and celebrated her bat mitzvah at a Conservative synagogue.

But when she stepped into the ring Nov. 12 at Club Atletico Lanus, she showcased a set of talents not commonly associated with the Jewish women of Buenos Aires.

Duer, 33, is the World Boxing Organization’s super flyweight champion. Making the third defense of her title, Duer defeated Maria Jose Nunez by a technical knockout in the third round. Duer knocked down her Uruguyan opponent with a left cross, Nunez scrambled to her feet before her cornerman-also her husband-threw in the towel to stop the fight.

A crowd of 2,400 was on hand to watch the bout, including the vice governor of the Buenos Aires province  and world middleweight champion Sergio “Maravilla ” Martinez. National Public Television aired the fight live.

Known by her nickname, “The Turk,” Duer is the daughter of Syrian immigrants to Argentina. She attended the capital’s Jaim Najman Bialik Primary School and spent more than a month in Israel in her younger years working on a kibbutz and touring the country. On weekends she went to the local Maccabi club and attended Jewish summer camp. It was there that her feisty personality was first evident.

“I liked the social activities of the Jewish community, but sometimes I got in trouble because I stood up for some disadvantaged kid,” Duer told JTA. “Injustice has always bothered me.”

Last year, Duer hit a thief who tried to steal her purse on the street.

“The ambulance came,” she recalled. “I don´t think that guy would dare steal from a girl again.”

Her bat mitzvah was celebrated at the Iona Hebrew Center. “It moves me when I go to the temple,” Duer said. “Last time I went for a tragic situation, and I was there with my family. It’s very touching for me. I’m very Jewish in many ways.”

One of those ways is through food. Duer was the producer of a television show about Sephardic food, and she worked as a waitress and bartender in her family´s restaurant.

“Hummus, lajmashin, kibbeh, falafel-I love them, and I know how to cook them, but usually I can eat very little because of my profession,” Duer said. “I’m always training and trying to reach the right weight for the fights.”

Duer’s life changed forever in 2002 when she accompanied a friend who was trying to lose weight to a gym. There she was approached by the legendary Antonio Zacarias, a well-known local trainer, who asked if she had ever boxed before. Zacarias wanted to train her, and Duer loved the idea.

As an amateur she won 19 of 20 fights. In 2007, she turned pro. Three years later she won the WBO title by defeating Lorena Pedazza by decision. She has a professional record of nine wins and three losses.

Like her ancestors-Syrian immigrants were renowned as traders-Duer has an entrepreneurial spirit, which she brings to her boxing. She actively seeks sponsors and carefully manages the business of fighting. Asked how much she expects to earn from the Nov. 12 matchup, Duer declined to answer.

Duer is the eighth Argentinian woman to hold a WBO boxing championship and the first Jewish one. But she’s hardly the country’s first Jewish fighter. As in the United States, decades ago Jews were leading figures in the Latin American boxing world. In 1940, Argentina’s Jaime Averboch won the welterweight title but died the same year without defending his belt. Recently retired Mariano Plotinsky (“The Demolisher”), who has fought with a Star of David on his shorts, held the OMB Intercontinental title but lost his bid for a heavyweight class world title in 2010.

In the future, Duer hopes to live in New York and train at the legendary Gleason’s Gym in Brooklyn, home to another celebrated Jewish fighter, Yuri Foreman. She also hopes to get more involved in educational activities.

“I would like to teach kids the difference between boxing and fighting,” she said. “My family were always very good people. I think this is a characteristic that comes from Jewish education.”