I grew up in a mixed Jewish-Arab city. Violence there frightens me more than rockets from Gaza. 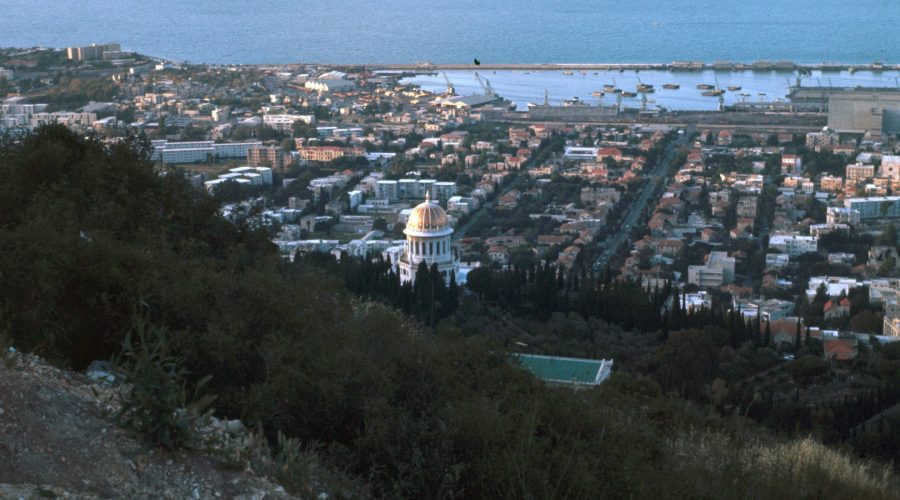 (JTA) — When I was growing up in Haifa, the city’s mixed population was a steady background, often overlooked rather than noted with wonder. Jews and Arabs lived, worked and raised children side by side, at times together. As part of a secular family, I remember driving to the Arab neighborhoods to buy pita bread during Passover, when supermarkets in Jewish neighborhoods are forbidden by law to sell it. Winter included heading to the Christian area on Christmas to enjoy the decorations and catch a whiff of cosmopolitanism.

As an Israeli, the events of the last few days in Lod, Jaffa, Acre and other mixed cities are much more worrying than another round against Hamas, however horrendous. Over the last decade the conflict with Hamas has taken the shape of a clash between two states, however asymmetrical the balance of power is. It is a war of attrition that no Israeli expects to come to an end when this particular round of violence is through.

What’s happening in Israel’s cities is fundamentally different — as the Israeli military is apparently acknowledging, with reports that it is prepared to end Gaza cross-border fighting to quell Jewish-Arab clashes within the country.

Quite beyond the disintegration of public order, with Jewish cars set ablaze by Arab rioters and Arab shops smashed by Jewish extremists, the very fabric of our society is torn. As of now, Lod has borne the brunt of the attacks, with synagogues torched and Jewish families hiding in their own houses for fear of violence from their neighbors.

This catastrophic eruption of aggression could have been foreseen, but was by no means inevitable. It has to do with long-term neglect of the Arab citizenry in Israel by the state, but that’s really only the very broad background. The fire was sparked at Jerusalem. On the one hand it was brewed by the incremental seizure, through technically legal but profoundly inequitable means, of Arab houses by Jewish settlers in the East Jerusalem neighborhood of Sheikh Jarrah; on the other, the Al-Aqsa mosque became a battleground. Palestinians amassed rocks and firecrackers to throw on Jewish worshipers at the Western Wall below it, and the Israeli police raided the compound on Monday and dispersed the crowds, leaving 21 police and more than 200 Palestinians injured.

These last events brought feelings of resentment and national frustration to their boiling point. Al-Aqsa mosque is not only the third-holiest site for Sunni Islam, but a fundamental element of the Palestinian national identity. After its conquest in the 12th century by Saladin, the Arabs in and around Jerusalem were entrusted with the protection of the holy site. Today the Jerusalem Palestinians, and by extension all Palestinians, see themselves as heirs to that trust.

A perceived affront or infringement to the site by Israel brings tension that, if not abated, breeds violence. The bloody “Al-Aqsa Intifada” of 2000 to 2005 got its name for a reason. For Palestinians a struggle around the holy compound is much more than a question of hurt religious feelings or national pride. It is a part of their identity, an abuse of which incites a visceral reaction.

The breakdown of coexistence in Israel’s mixed cities, however, pushes similar buttons in the Jewish psyche. When Jewish Israelis hear about Jews locking themselves up in their homes, helpless; about gangs of rioters walking the streets, seeking Jews; about synagogues vandalized and set on fire – layers of centuries-long trauma are exposed.

Among the elements constituting the Jewish identity is, tragically, a sense of vulnerability and the acute fear of violence from one’s neighbors. The reasons for this are clear, and the historical response to it was, among other things, Zionism. This week, Israelis found themselves reliving (vicariously, for most) the same reality that they hoped they would “Never Again” encounter. Once more, we have an intrusion into the deepest sediments of identity, an abuse of which, of course, incites a visceral reaction.

The results are disastrous: a collapse of the social fabric and indeed of law and order. Lynch mobs from both peoples are pursuing victims in the streets, and families who were only a week ago living peacefully side by side are terrified of each other.

Since neither population is going anywhere, Israelis will learn to live together. Life has its ways, and neighbors find theirs to coexist. The collision of identity and historical hurt, however, unavoidably engenders an intense trauma. Right now Israel’s Jewish and Arab citizens are pressing each other’s deepest points of suffering, deepening the anguish.

The long process of healing requires an honest attempt at a more equitable relationship between the state and its Arab citizens. But each side must learn to recognize and be much more attentive to the others’ identity and sensitivities.

The post I grew up in a mixed Jewish-Arab city. Violence there frightens me more than rockets from Gaza. appeared first on Jewish Telegraphic Agency.