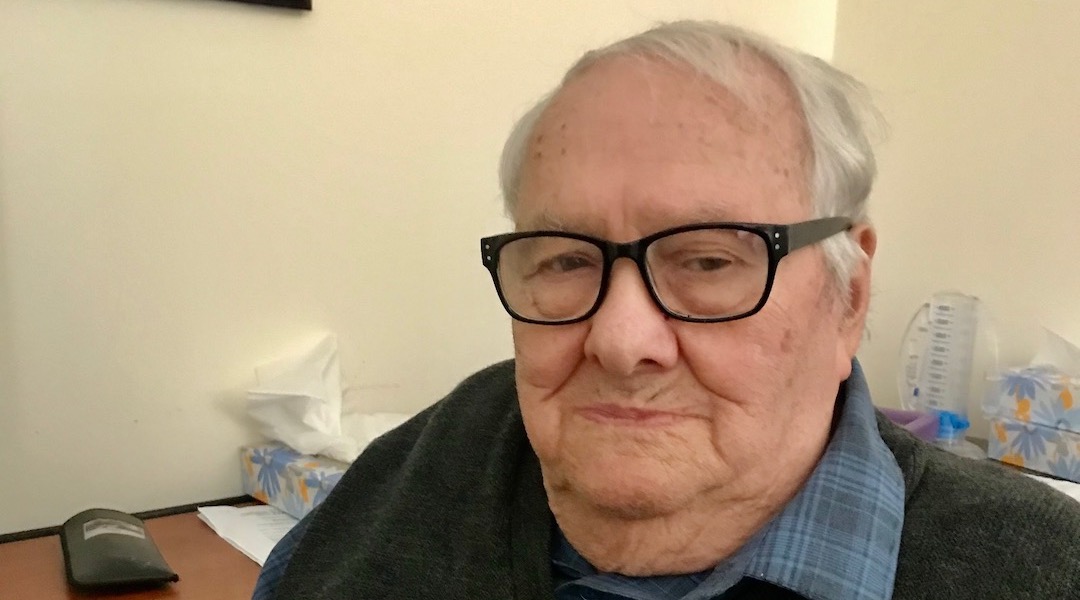 BOSTON (JTA) – As a teenager growing up in the West End of Boston in the early 1940s, Hyman Siegal was a regular at the West End House, a philanthropic club that offered programming for the sons of immigrants and a place to gather away from the crowded tenement homes.

It was there that he befriended another young Jewish Bostonian, Leonard Nimoy, who would become a world renowned actor for his portrayal of Spock on Star Trek. Siegal had taken to photography early, using the money he earned delivering newspapers to buy his first camera, and he taught Nimoy to develop and print film, according to Siegal’s brother Alan.

A photo of Nimoy and their West End friends that Siegal took is featured on the website of the West End Museum. Nimoy would later in life publish a controversial book of his own photographs, “Shekhina,” in 2002.

Siegal, whose affinity for the arts remained a lifelong passion, died of complications due to COVID-19 on April 29. He was 90

Siegal was born in 1929. A veteran of the Korean War, he earned his college degree in accounting and went to work for the IRS. After his retirement, he volunteered to help seniors and low-income people with their taxes.

His dedication to helping others was also evident in his long time association with the Jewish War Veterans. On Memorial Day, Siegal would place flags at the graves of Jewish veterans.

“He had a good neshama,” said Rabbi Laurence Bazer, the former rabbi at Temple Beth Sholom in Framingham, using the Hebrew word for soul.

Siegel was a regular at the synagogue west of Boston, where he lived for decades with his late wife Harriet. He celebrated a second bar mitzvah there, chanting the reading from the prophets on Shabbat morning that he hadn’t had a chance to do at his first bar mitzvah.

But it was Siegal’s unlikely participation in a congregational trip to Israel, in 2007, that most stands out for Bazer. Siegal was determined to trek up Mount Bental, a 3,800-foot peak in the Golan Heights, and when he made it to the top and took in the panoramic view, he felt like he had fulfilled a lifelong ambition.

“His eyes lit up,” Bazer recalled.

Later that evening at dinner, Siegal spontaneously led the group in dancing the horah.

“It was a side of Hy that was just woken,” Bazer said. “It was beautiful.”

Siegal is survived by two children, Robert and Valerie, and brother Alan Siegal.