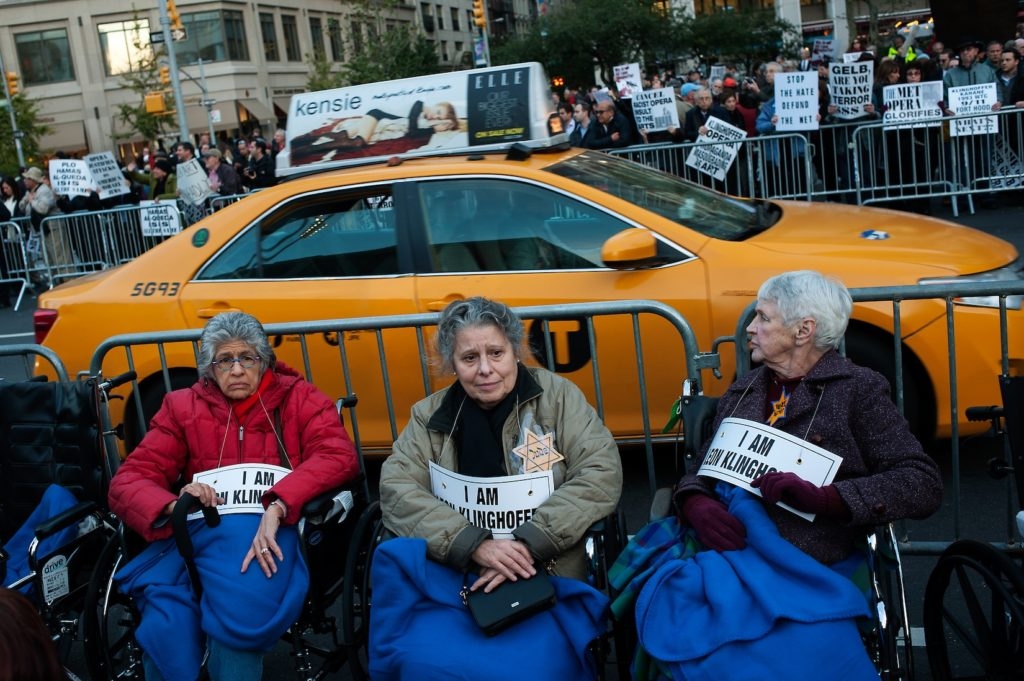 Protesters sit in wheelchairs outside the Metropolitan Opera at Lincoln Center on opening night of the opera, “The Death of Klinghoffer,” Oct. 20, 2014 in New York City. (Bryan Thomas/Getty Images)

The John Adams opera, which debuted in 1991, depicts the 1985 hijacking of the Italian cruise ship Achille Lauro by Palestinian terrorists and the murder of Leon Klinghoffer, a 69-year-old Jewish-American passenger in a wheelchair. Protesters have charged that the production is anti-Semitic, exploitative, hostile to Israel and sympathetic to terrorists.

In a symbolic gesture, protest organizers lined the street at Manhattan’s Lincoln Center with 100 wheelchairs.

Police had to block off several sections of the street, and only allowed individuals with tickets to enter the opera house.

A similar protest, but without the wheelchairs, was held at the Met’s Opening Night Gala in September.