How can the struggle for Soviet Jewry help navigate 21st century peoplehood? 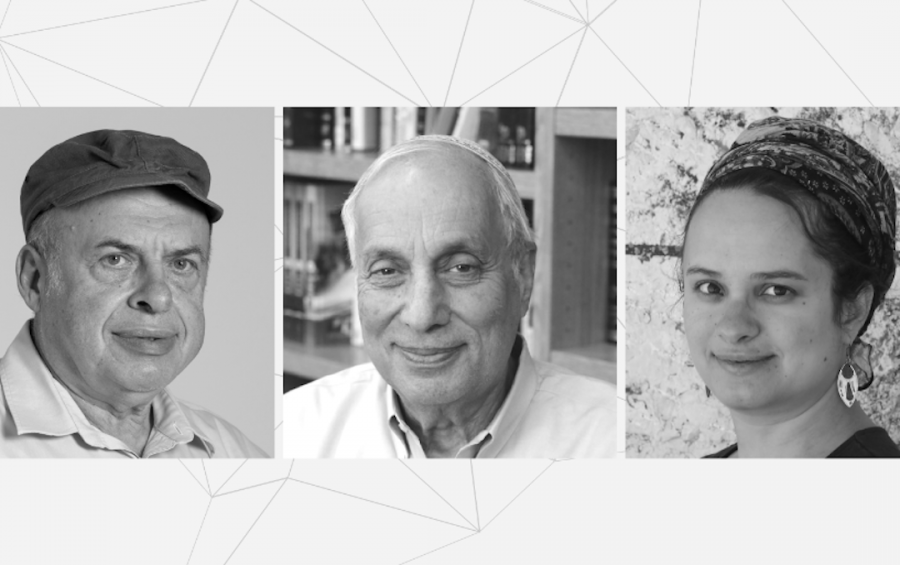 This Q&A is adapted from one of eight mainstage conversations held at Z3 2020: Visions of a Shared Future, a virtual conference produced by The Z3 Project and the Oshman Family JCC of Palo Alto, aimed at reimagining Diaspora-Israel relations.

Americans and Israelis have witnessed a surge in social cleavages — religious vs. secular, progressive vs. conservative. Decades earlier, Jews in both countries appeared to find some form of unity in the struggle to free Soviet Jewry. This effort gave many Jews — in America, Israel and Eastern Europe — a sense of mission, purpose and ultimately peoplehood.

How can their struggle inform contemporary efforts at social justice today? The Q&A below, which has been condensed and edited for length and clarity, was adapted from a discussion featuring Rabbi Avi Weiss, the seminal Open Orthodox leader; Natan Sharansky, a former Israeli minister and hero of the Soviet Jewish struggle; and Rachel Sharansky Danziger, a Jerusalem-based writer and educator.

Danziger: Sometimes when people speak about the struggle for Soviet Jewry, it really feels as if they’re talking about this mythical utopia, that has absolutely nothing to do with our reality. We don’t have a convenient-to-define enemy like Pharaoh or Haman or the Soviet Union that we can unite against. Our most vicious disagreements are often amongst ourselves, for opposing causes and goals. Let’s go back to the trenches of the struggle to those difficult moments that, day-in and day-out, were really part of the struggle itself. So that young activists today fighting for different causes and a different world can still relate to and hopefully learn from.

Weiss: What inspired us to become involved? It’s your father, people like your father. When your father stood up in a Soviet courtroom, knowing that he was going to, in just a few moments, be sentenced to many, many years in the Gulag. He said, facing imprisonment, “next year in Jerusalem.”

So when Natan stood up and said that, he was our inspiration. If Natan could stand courageously against the Soviet enemy, we living in the West, couldn’t we do something, just in a tiny, tiny way, to follow in his footsteps? And I thought of something Dr. Martin Luther King said: ‘if there’s nothing in this world that you’re ready to die for, you’re not living.’ And so more than American Jewry did for Soviet Jewry, Soviet Jewry did for American Jewry.

In what way do you think that people of my generation  – when we’re fighting to repair the world and make it a better place – draw inspiration from the same models in the sense that we’re not fighting for people who are imprisoned and speak up courageously and inspire us to help them? Where can we find staying power for our struggles in your opinion?

Weiss: When we were fighting against a common enemy, the Soviet Union, the issues were black and white. I’ve often heard Natan say that it was much simpler for him in a Gulag than in the Knesset. Whatever they told him to do, he agreed to do the opposite. In the Knesset, it’s more complicated. Today, we’re trying to inspire a proactive mission. And it’s much more nuanced.

Natan, Avi pointed out that to a great extent American Jews would draw courage, strength and inspiration from people like you. So where did you draw your courage from?

Sharansky: First of all, I was lucky that before I went to prison, before I was arrested, I had, like, five years of activism. I was in contact with so many Jews who were coming as tourists. I was on the phone with so many Jewish activists, the heads of Jewish organizations, the leaders of Jewish organizations. So I saw American Jews discovering their identity and feelings, such as strong solidarity. Exactly as Avi quoted Martin Luther King, there are things that are more important for me, to be the part of this historical struggle, part of these people. That’s what gave me confidence and at least hope.

What about when your brothers and sisters disagree with you? And since in today’s world, there’s very little consensus, I’d like to ask you about that, about working without consensus.

Weiss: As you know so well, most movements begin from the outside. Judaism began from the outside! Abraham was called Abraham Ha’Ivri, the whole world was on that side and he was on the other side. […]  The anti-war movement of the ’60’s was also started on the fringe. The Soviet Jewry movement, Ethiopian Jewry movement…it always starts on the outside. And I’ll tell you why. Because when you’re in the mainstream, you can’t afford to take risks. You can only become involved in a cause that you know you’re gonna win. To take risks could jeopardize your standing as being in the establishment

As a young activist today, I am friends with many young Jewish activists on the right and on the left in America, in Israel and Europe. I don’t think that they’re seeing themselves as part of one joint struggle.

Weiss: My concern is that for every Rachel Sharansky, there are probably many, many, many more who are not involved in any cause. And that’s the great challenge. That’s what your Abba talks about, about sending emissaries into the campuses and to inspire young people, most of whom are passive, they’re uninvolved, to become involved because, as I said earlier, they’re waiting to be inspired. And the second thing that I would want to add is I think that there’s one cause that can unite us. And that is the cause of Zionism and the State of Israel. I’m not talking about the politics of settlements and right and left… I’m talking about the dream that today there is a national homeland, a Jewish democratic state, that I think for me is a progressive cause. While there are great communities around the world, the national destiny of the Jewish people is unfolding where the majority of Jews live, and that is in the State of Israel. Let that be the clarion call.

It’s a very Jewish attitude that’s at the core of God’s command of Lech Lecha [leave your home] to Avram, right? Leave behind what is and pursue what can be. What do you think about it father?

Sharansky: Yes, it is good that Jews are for different causes, very good. But it’s important that we will remember what is something that unites us, we all want, that Jews will continue their journey through civilizations, and what it means that Jewish identity is important for us. And today, yes, the base of Jewish identity today is in the State of Israel. So it is important for us that in the future our grandchildren will continue the tradition of their civilization, which is called Jewish civilization.

So for this, we felt, we cannot agree with one another. Half of us chose to live in Israel, a Jewish democratic state in the Middle East, [amidst] all these dictatorships, and half of Jews chose to leave as a minority in a liberal society. And so inevitably, they have different sets of priorities. Instead of arguing and accusing, with a different set of priorities, ‘you’re betraying us,’ let’s start listening to one other. In the end, we want one thing together, we want to continue our Jewish journey. And that’s why Israel can strengthen your Jewish identity.

Weiss: I think we can learn from each other. I think American Jewry can bring the message of a pluralistic Judaism to Israel, which I think is critical.

At the same time, I think American Jewry could learn so much from Israeli Jewry. Ask an American Jew “what does it mean to be Jewish?” what will they say?  They’ll say Judaism is an ethnicity, it’s a religion. It’s a faith, it’s a culture. Ask an Israeli and he will answer that he is part of the people of Israel and of the Jewish people.

I think American Jewry can take those lessons from Israeli Jewry and we should focus less on what I call functional Judaism and more on a mission-driven Judaism. That is, that we’re part of a peoplehood, of a people with a land, with the state and “covenant-ally” we are in a partnership with God. God says, “make this world a better world.” And I think young people are ready for this message.

I look at the world and I see this horrible polarization between what one might call conservatives and progressives. And in a way, I feel that Judaism offers the antidote, because we have a very long history of being rooted in tradition, and yet, finding ways to innovate from within it. And when I look at my friends, many of whom are doing these amazing things, I see how each one of them is using our tradition to reshape the world in a totally different way. I see a certain unity, not of purpose, not necessarily of coalition-building in the technical sense, but a unity of motive, a unity of spiritual tenor.

What gives me hope is that I see in all of these different people I talk to – what I guess you would call spiritual striving, Avi – a desire to do good, a desire to take everything we inherited as Jews from the world that came before us, and use it to reshape the world in a better form. And I guess for me, this is what Judaism has to give the world today […] I’m not a very strong activist, but I know many who are educators, activists, and world-builders. And I see how each one of them is using our tradition to reshape the world in a totally different way. I see a certain unity, not of purpose, not necessarily of coalition-building in the technical sense, but a unity of motive, a unity of spiritual tenor, if I can say it like that. And that gives me a lot of hope. It makes me think that no matter what conclusions we come to when we talk about “world Jewry” or “Israeli Jewry” people are good and people are striving to use “what was” to build.

—
The post How can the struggle for Soviet Jewry help navigate 21st century peoplehood? appeared first on Jewish Telegraphic Agency.