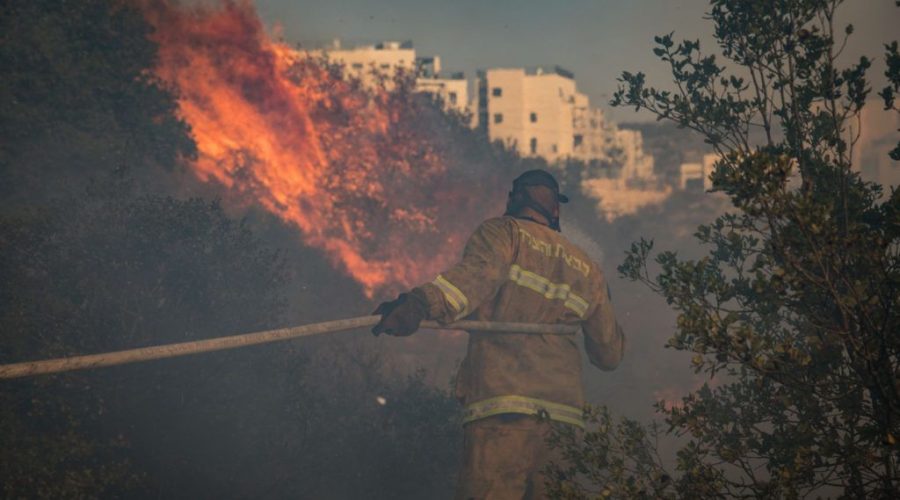 Fire fighters extinguish a forest fire in the town of Tzur Hadassah outside of Jerusalem on Nov. 10, 2019. (Noam Revkin Fenton/Flash90)

JERUSALEM (JTA) — Hot and dry condition in Israel have sparked forest fires in the country’s north.

The weather is expected to remain hot and dry through Thursday.

The largest fire, involving 10 firefighting teams, continued to rage Monday in the village of Nahalal in the Jezreel Valley. The fire consumed the agricultural community’s straw storage.

Three people sustained light injuries — two in an apartment fire in Haifa and a third by a bushfire near the village of Dahi in the country’s northeast, the Times of Israel reported.

The fires burning on Monday come after large fires on Sunday, including one outside of Jerusalem near Tzur Hadassah, which required 18 firefighting teams, including six firefighting planes to bring it under control, the Times of Israel reported.

A second fire on Sunday next to Kibbutz Ein Shemer located near Hadera in the north, required 15 firefighting teams and two firefighting planes.