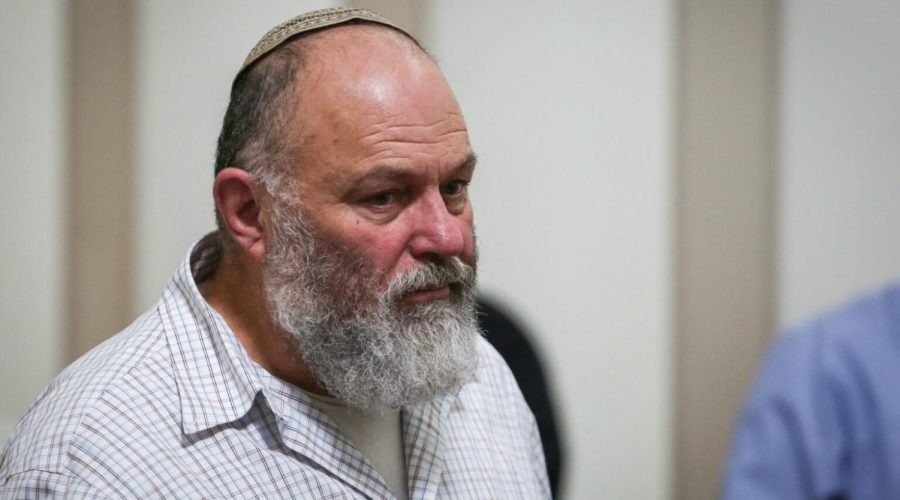 Effi Eitam seen at the Jerusalem Supreme Court during a hearing on oil searching in the Golan Heights, Dec. 23, 2014. (Flash90)

(JTA) — Israeli Holocaust survivor organizations are calling the man nominated to lead the Yad Vashem Holocaust memorial and museum “unfit” for the job.

Effi Eitam, a former lawmaker who has said that Arab Israelis should not be allowed to serve in Israel’s parliament, is Prime Minister Benjamin Netanyahu’s choice for the role. He is being vetted by a parliamentary committee and a vote on his candidacy is imminent.

The head of the Center of Organizations of Holocaust Survivors in Israel has sent a letter to Netanyahu and Zeev Elkin, a Cabinet minister involved in the decision, arguing against Eitam’s candidacy without mentioning him by name, Haaretz reported.

“We, who represent a wide spectrum of opinions, believe that the criteria for choosing a chairman must be professional and devoid of any political considerations,” Collette Avital wrote.

The chairman of the Israeli Association of Bergen-Belsen Survivors called Eitam “unfit” for the role.

“This is a job that requires someone who is familiar with the subject of the Holocaust and has a proven record of running an academic institution of the likes of Yad Vashem,” Shraga Milstein told Haaretz. “He is not a man who regards everyone as equal, which is a basic assumption for anyone running an institution like Yad Vashem.”

A member of the Israeli parliament from 2003 and 2009 and the former head of the now-defunct National Religious Party, Eitam, 68, has called Arab Israelis a “cancer” for society.

The current chairman of the museum, Avner Shalev, who has served in the role since 1993, is retiring at the end of the year.