(JTA) — Hillel President Eric Fingerhut’s decision to withdraw from the upcoming J Street conference has again drawn Hillel into conflict over the boundaries of acceptable criticism of Israel.

Some two years after the Open Hillel movement emerged to challenge Hillel International’s guidelines for Israel activities, which prohibit campus chapters from hosting speakers that support divestment from Israel or deny its right to exist, the organization is under fire again for toeing a line on Israel that some see as alienating to liberal Jewish students.

J Street blasted Fingerhut’s decision to back out, with Sarah Turbow, the director of the liberal lobby’s campus arm, claiming the Hillel leader had chosen to please his donors instead of engaging thousands of students.

But even within Hillel, several current and former directors told JTA that Fingerhut’s decision is part of the organization’s general rightward drift on Israel and its growing deference to the demands of major supporters.

“I think that as the American Jewish community turns further and further to the right, Hillel has simply kept pace with it,” said Rabbi James Ponet, who became director of the Yale Hillel in 1981 and served as university chaplain prior to starting a sabbatical in 2014. “When I entered Hillel, its fundraising was quite minimal. It’s become a major fundraising organization.”

Ponet said that as a university-focused organization, Hillel’s mission should not be to police the boundaries of acceptable criticism of Israel but to expose students to a wide variety of views. Refusing to speak to J Street, Ponet said, is not in keeping with that mission.

“Hillel in that sense, to my sadness, has abdicated or abandoned an understanding — if it ever had it — of higher education,” Ponet said.

The latest fracas began on March 9, when Fingerhut announced that he would not appear at the J Street conference later in the month because of “concerns regarding my participation amongst other speakers who have made highly inflammatory statements against the Jewish state.” Asked which speakers Fingerhut had in mind, Hillel’s chief administrative officer, David Eden, named Saeb Erekat, the longtime chief Palestinian negotiator who had recently compared Israel to the Islamic State, or ISIS. 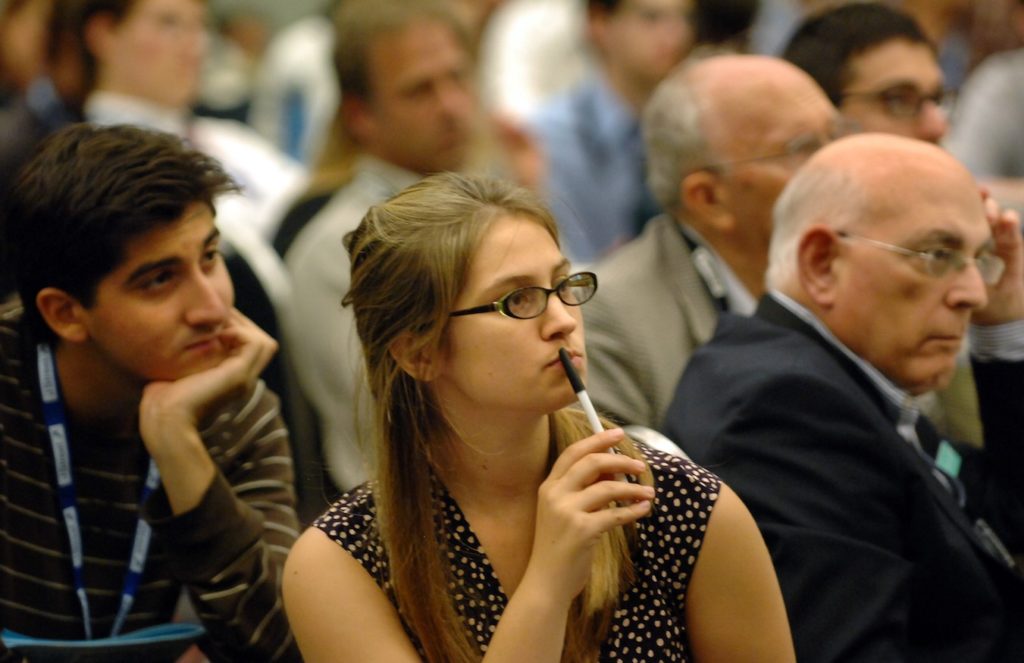 The explanation raised eyebrows in many quarters. While Erekat indeed has a history of making inflammatory statements, both Israel and the U.S. State Department have long dealt with him in Israeli-Palestinian peace talks. And according to J Street, Erekat’s presence at the conference was made public three days before Fingerhut accepted an invitation to address members of J Street U there.

Hillel officials denied that Fingerhut knew about Erekat’s plans to attend, but the organization subsequently appeared to walk back its original explanation.

“I don’t want to pin it down on one specific issue,” a Hillel spokesman told JTA on March 12 when asked if Erekat’s presence was the impetus for Fingerhut’s withdrawal. Asked if the organization had bowed to donor pressure, the spokesman said the decision had been made in consultation with the “full range” of Hillel stakeholders and did not foreclose the possibility that Fingerhut might engage with J Street in the future.

“Eric sought counsel from across the full breadth of the political spectrum of Hillel leadership and there was broad, broad consensus that now was not the time,” the spokesman said.

Jeremy Brochin, who served as Hillel director at the University of Pennsylvania for 23 years before his retirement in 2010 and publicly criticized Fingerhut in a Facebook post last week, told JTA that he had spoken to several current and former Hillel directors who were uncomfortable with the decision.

Several Hillel directors contacted by JTA declined to comment on the situation, but Fingerhut did receive praise from some quarters. Arinne Braverman, executive director of the Hillel at Northeastern University, said her campus is in the midst of debating a resolution to divest from Israel and Fingerhut’s stance set an inspiring example for her students. (On Monday, Northeastern student leaders rejected the divestment measure.)

“I’m very appreciative on behalf of Hillel that Eric took a stand,” Braverman said. “We stand for something. It’s important to be clear about our values.”

Other Hillel directors took a middle ground, expressing sympathy for the difficult position in which Fingerhut found himself.

“My feeling is that he was in a no-win situation,” said Andy Gitelson, the executive director of the University of Oregon Hillel, who participated in a series of conference calls with Fingerhut last week about the decision. “He was extremely troubled by this, and he was not thrilled about having to make this type of a decision.”

Even Swarthmore and Vassar, two schools that declared themselves Open Hillels and promised not to abide by Hillel International’s Standards of Partnership, which prohibits chapters from hosting speakers that support the Boycott, Divestment and Sanctions (BDS) movement, until this week had remained within the Hillel fold. On Monday night, however, Swarthmore Hillel’s student board voted to drop its affiliation with Hillel International and change its name, citing the parent organization’s restrictions on Israel issues.

Fingerhut has also met privately with Open Hillel leaders. In the statement announcing his withdrawal, Fingerhut emphasized that student members of J Street U are welcome “as members of the entire Hillel family.”

“While there may be a disconnect between the parent organizations of J Street and Hillel International in general,” Gitelson said, “the local level is where a lot of relationships are happening and partnerships are happening.”