So a group of Israeli women seeking to combat the gender wage gap in the industry created one last month with data about their qualifications and salaries. They hope to empower one another in salary negotiations.

As of Friday, nearly 200 women had contributed to the survey, and the data showed a wide range of earnings — even for women with similar qualifications working in similar positions.

“We know from surveys and from personal experience that women tend to name lower salaries than men when we go into negotiations, and obviously employers never tell you to ask for more,” said Liora Yukla, 35, one of two women who spearheaded the effort. “This gives us something substantive we can look at to start feeling more confident about the kind of numbers we can name.”

Yukla’s group, XX+UX Israel, is a 2-year-old community for women who work in the field of user experience, which encompasses a range of high-tech jobs. Its some 1,500 members work together to promote women’s status in the industry, including sharing advice and support in their active Facebook group. The group is a largely independent branch of the global XX+UX, which was started by women at Google headquarters in Northern California’s Silicon Valley.

(In the United States, Tuesday is Equal Pay Day — the date when women’s salaries, on average 20 percent lower than men’s, “catch up” to men’s from the previous year.) 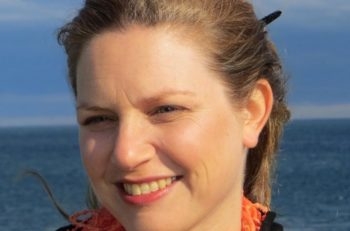 “It’s about helping women and solidarity,” said co-founder Anat Katz-Arotchas, who also runs a consultancy that advises tech companies about how to build female-friendly products. “Rather than dictating to women, we listen and let them tell us, ‘This is what we need and this is how to do it for us.’”

Katz-Arotchas said the survey, although unscientific, could serve as a much-needed reference for group members and empower them to be bolder in their salary demands. Professional industry surveys have not looked at women’s salaries separately, she said.

Despite narrowing in recent years, Israel’s gender wage gap is among the widest in the developed world, according to a report released last year — with women making less than three-quarters of what men earn. The gap is even wider in high-tech, where women have been found to earn a little more than half as much as men.

According to a recent Taub Center study, the biggest reason for the disparity is that on average, women work fewer hours than men. Another key factor is that women are more likely to be employed in lower-wage occupations and industries. Many have argued that those factors are influenced by discrimination as well.

The challenge of asking for higher pay came up recently in a discussion on the XX+UX Israel Facebook group. Shortly thereafter, two members of the group posted a Google spreadsheet for members to share information about their job, professional experience and monthly pay.

“We’re basically just a group of women who work in high-tech, and this is the kind of thing we talk about,” Yukla said. “It was a really long, vibrant discussion, so we realized a lot of us are probably interested in what the standard is.” 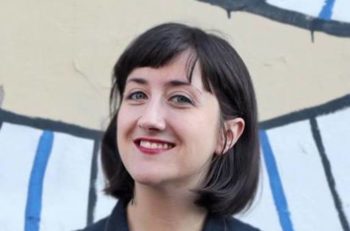 The survey, which the group plans to systematically analyze, showed monthly salaries ranging from 6,000 shekels (about $1,700) for a starting designer to 46,500 shekels (about $13,000) for a veteran product manager. It also found that some women with similar jobs and qualifications reported significantly different incomes. One project manager at a large company said she made 20,600 shekels (about $5,700) per month, along with bonuses and a company car. Another with the same education and six more years of experience said her salary was 16,000 shekels (about $4,400).

“One thing that was sort of surprising was you saw different salary levels for the same job, the same skill set,” Yukla said. “I think the question here is: Would it be different for our male colleagues?”

In comments on Facebook, one woman wrote, “Well done, finally the real data and life.”

Another said, “Fabulous activism! This is super important and I’m sure it’s going to help many girls negotiate better in their next salary negotiations.”

Another commenter noted that despite what many agreed was wage discrimination in their industry, the women were fortunate to be part of Start-up Nation. The average Israeli high-tech worker’s salary was 24,000 shekels last year, according to an industry survey, compared to 10,000 shekels for all Israelis.

“Amazing! Fabulous!” she said. “Even though there are gaps, our situation compared to the market is really good!!”