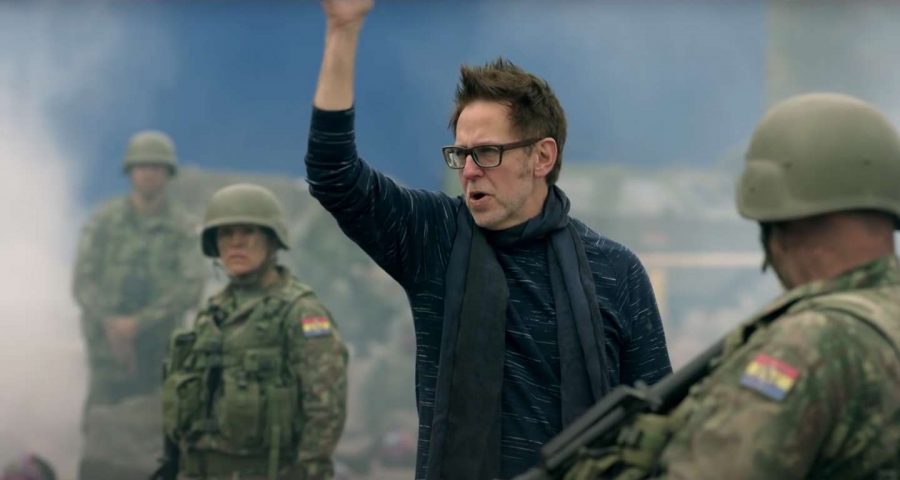 James Gunn is a rise, fall, and rise again kind of Hollywood story. You could even make a movie about it one day.

The St. Louis-born writer/director-who of Jewish and Irish heritage hit it big in 2014 with Marvel, directing a pair of stellar and profitable “Guardians of the Galaxy” films for their cinematic universe. But he crashed before work on a second sequel could begin, with old dug-up derogatory tweets severing his relationship with Disney. Tweets revolving around pedophilia and rape that were failed attempts at dirty humor got him fired on July 20, 2018.

Things can change fast though. After campaigning from the “Guardians” cast and crew, along with a long meeting with Disney, Gunn was eventually let back in the building to create a third film to complete the Marvel trilogy. But before he could finish or even start work on that revival, he knocked out a brand new rehash for Warner Brothers Pictures’ DC Extended Universe, “The Suicide Squad.”

It’s brilliant and exactly what the comic book tale needed from a film treatment. The early critical praise on Gunn’s latest film has him back in the comfy wing of Hollywood’s news division. Unlike David Ayer’s studio-neutered version that debuted five years ago, this “Squad” is perfectly roguish and highly entertaining–with an R-rated sense of humor. This isn’t your light mix of superhero lore; more like a museum of anti-heroes attached to a one-way mission.

Gunn’s film, like his Marvel behemoth starring Chris Pratt and Zoe Saldana, knows how to present John Cena’s Captain Peacemaker and Idris Elba’s Bloodsport with just the proper amount of villainous delight. Between Sylvester Stallone’s King Shark (his second collaboration with Gunn) to Margot Robbie’s unpredictable yet sinister Harley Quinn, everything in “The Suicide Squad” worked to near-perfection.

Suffice to say, he’s back. Impeccable timing for Gunn, who turned 55 today. With a new big-budget film comes a long publicity tour, one that he’s nearly finished with yet still found a way to light a few firecrackers a month late. When asked about legendary filmmaker Martin Scorsese’s now year-old comments about Marvel’s big films not coming off as pure “cinema,” Gunn had registered praise for most of the “Goodfellas” director’s thoughts, even if he couldn’t bring himself to agree on comic book flicks not being cinema.

For a guy like Gunn, who has built a film career on making superhumans look more human and vulnerable, it was a slap in the face. Ever the gentlemen, Gunn clarified his stance on Twitter, the place where the firepit never stops burning.

Also for the record, Martin Scorsese is probably the world’s greatest living American filmmaker. I love & study his films & will continue to love & study his films. I disagree with him solely on one point: That films based on comic books are innately not cinema, that’s all. 🙏 https://t.co/By9IBe8HAm

Gunn is a prince who understands the terrain of big moviemaking and has tasted the dirt of the job as much as he’s been able to appreciate the fame. He’s not perfect, yet neither are the heroes (or anti-heroes) in his films.

What he is perfect at is creating unforgettable mixes with his film soundtracks. He melted big tough guy hearts with his usage of Cat Stevens’ “Fathers and Sons” in “Guardians of the Galaxy: Volume 2,” and rocketed us to new heights with classics from Blue Swede and The Raspberries in the original. Let’s just say a little Johnny Cash opens up “The Suicide Squad,” which opens Friday in theaters as well as HBO Max for stay-at-home movie lovers.

If anything, he’s the guy who has conquered both Marvel and DC’s movie worlds, all before 60. Scorsese should be proud.