Haim Saban: 9 things you may not know about the media mogul and ‘Power Rangers’ creator 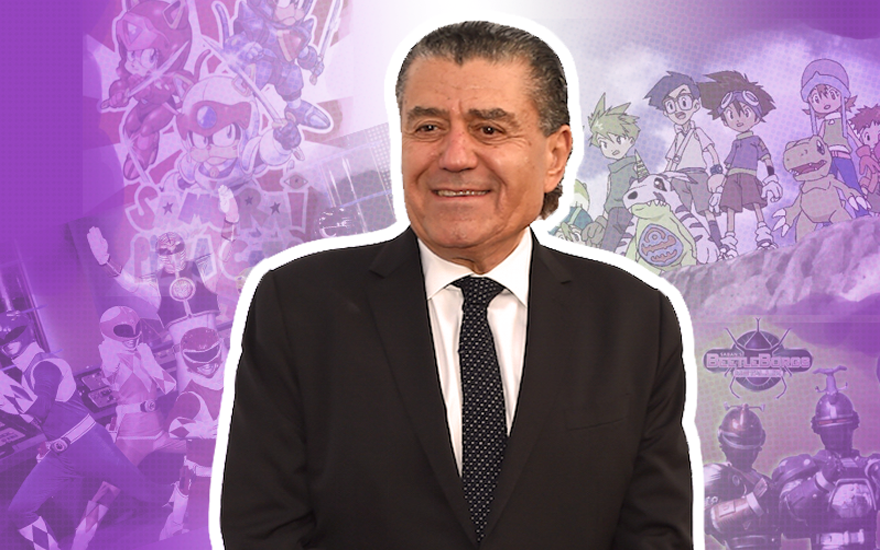 In June, the names of the new stars on the Hollywood Walk of Fame were announced. Among usual suspects like actor Jeffrey Tambor, comedian Sarah Silverman and actress Goldie Hawn, was perhaps a less familiar name: Israeli-American media mogul Haim Saban.

Saban may be best known today as a big shot Democratic campaign donor and the founder of the eponymous Saban Center for Middle East Policy at the Brookings Institution. You may know that he’s the force behind the “Mighty Morphin Power Rangers” and its myriad offshoots and reboots. So, aside from launching this remarkably popular, campily low-budget kids’ show, what has Haim Saban done to receive such a prestigious honor?

Most people don’t realize that he’s had a remarkably varied, prolific career, spanning the arts, media, business and politics.

None of these series won any awards. High-quality entertainment they were not — but they were colorful, addictive and over-the-top, and the shows had a certain heimish feel that embodied the spirit of ’80s and ’90s TV.

By most accounts, Saban is first and foremost a savvy businessman; he made it this far thanks to a very Israeli chutzpah and a lot of entrepreneurial acumen. Some of his former partners and friends have called him a “ruthless and anything-goes guy in business.” But it’s paid off: His current worth is estimated at $3.6 billion.

Recently, he’s been in the news in connection to his big donations to the Hillary Clinton campaign. Saban’s most famous franchise, “Power Rangers,” is also garnering attention: There’s a 2017 movie adaptation in the works. The movie will star Bryan Cranston (of “Breaking Bad” fame) as the Rangers’ renowned guide, Zordon, Elizabeth Banks will star as notorious villain Rita Repulsa.

Here are 9 more things you may not have known about this self-proclaimed “former cartoon shlepper”:

His father was a door-to-door pencil salesman

Saban was born in Alexandria, Egypt, in 1944; his family left after Israel’s operation in Sinai in the 1950s and moved to Tel Aviv. His father had a hard time making ends meet, and sent Saban to an agricultural boarding school. Pulling yourself up by your bootstraps? That’s Saban’s story. Forbes gives the billionaire a 9 out of 10 in their self-made score.

Haim Saban’s first venture into show business was in the ’60s with a band called “Ha’Arayot,” or “The Lions.” He apparently paid his way into the band so that he could help promote it. He didn’t know how to play any instruments, and for his first few months in the band, played the bass with the mic and amp turned off.  The band still exists and performs (sans Saban, of course). Here’s one of their most popular songs, “Our Love’s a Growing Thing:”

In 1983, Saban started Saban Entertainment with his partner, composer Shuki Levi. At first, they composed themes to animated shows, including this unforgettable theme for “Inspector Gadget.”

Saban used the alias “Kussa”or “Kussa Mahchi” for some of his composing/lyrics writing credits, including the extra catchy — and annoying, some might say — Power Rangers theme song. It means stuffed zucchini, a popular dish in the Middle East.

In 1994, Saban helped bring this strangely compelling, fast-paced anime about crime fighting, pizza-delivering cats from an imaginary city called Little Tokyo. Saban bought the rights and produced “Samurai Pizza Cats,” an English version of the Japanese show “Kyatto Ninden Teyandee.” Think naming pizza-obsessed crime fighters after Renaissance artists, a la the Teenage Mutant Ninja Turtles, was edgy? The names of the Samurai Pizza Cats were Speedy Ceviche, Polly Esther (Jewish?!) and Guido Anchovy. Yes, they had a female heroine from the start — score one for feminism!

In addition to “Pizza Cats,” Saban helped dub and distribute “Digimon,” an anime about children and their companion digital monsters. Yes, it sounds kinda like Pokémon, which began as a franchise of Nintendo Games; Digimon, by contrast, began as a franchise of pocket pets, similar to Tamagotchis (those tiny egg-shaped digital “pets” kids collected in the ’90s). Unlike Pokémon, though — which was about a group of kids chasing fame and fortune and selfishly trying to become Pokémon masters — Digimon was about a group of pre-teens who used their digital monsters to protect the world from evil forces (you know, altruism and all that good stuff).

“Power Rangers” wasn’t his only show about transforming teens.

Have you heard of the Beetleborgs? Cue the world’s most ridiculous opening song ever.

The genius behind “Power Rangers” and “Beetleborgs” is that they were both adaptations of Japanese live-action shows. And by “adaptions” we mean copy-and-pasted versions. So all those fight scenes? They’re literally the exact same fight scenes that appeared in their Japanese equivalents — way to cut down on production costs!

Israel is his “issue”

In 2001, Saban Entertainment was sold to the Walt Disney Company as part of a deal with Fox Family Channel for $5 billion. Saban’s take? $1.7 billion. “I’m a one-issue guy, and my issue is Israel,” Saban told The Neww Yorker in 2010. He said he advances his advocacy in three ways: he funds think-tanks, invests in media outlets and donates a whole lot to political parties. Between June 2015 and June 2016, Saban donated $7 million to Priorities USA, a pro-Clinton Super PAC.

In 2006, a group of investors led by Saban made a bid to purchase Univision Communications. They won the bid, and purchased the communication company for a whopping $13.6 billion, which is currently the largest Spanish-language media company in the US.

Recommended article from FiveFilters.org: Most Labour MPs in the UK Are Revolting.